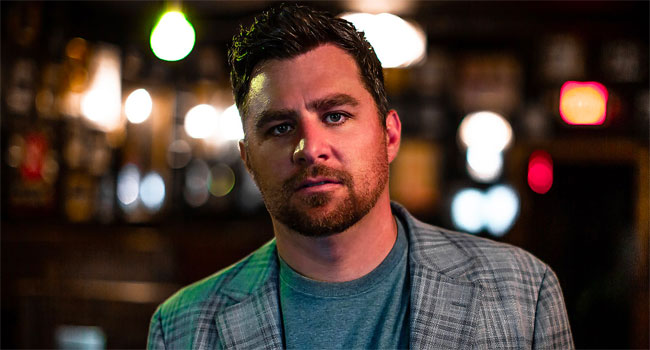 California native Dave Herrera is a fresh up and coming country artists that’s been consistently working on his craft. His musical style is summed up by taking some 80’s rock, a little modern country and a pinch of traditional country and mixing it all up. His latest track “Hollywood Sign” is a fun little ditty about a love interest. It’s a lively track that is extremely catchy. From real estate agent to artist, Dave Herrera is more focused than ever and he’s ready for the next chapter in his career.

1. When did you decide to make music a career?

I’m not sure if I’d call it a career yet, as I’ve just started, but I’ve been making music for quite some time now and just decided to dive in headfirst and made the decision to start releasing some songs earlier this year. It’s all so new to me but I’m enjoying the ride.

2. What artists did you listen to growing up?

I listened to a variety of artists grown up, it’s kind of a mixed bag of genres from Garth Brooks, The Steve Miller Band, Dr. Dre, Snoop Dogg, Eminem, Hootie and the Blowfish, Blink-182, Motley Crue, among many others… I just love music in general you could say.

3. What artists do you currently listen to?

4. Who is your celebrity crush?

I would say Ellen DeGeneres, she’s got one of the coolest personalities and my mom watches her religiously.

5. What’s the best vacation you ever had?

I would have to say my trip to Bora Bora, Tahiti. It’s such a beautiful place and a vacation/experience of a lifetime.

6. If you could open up for any artist, who would you pick and why?

That’s a great question. I think it would be a lot of fun to open for Florida Georgia Line. Their music is fun and uptempo and really sets the mood.

7. Do you have a favorite food?

One of my favorite foods is a Caprese sandwich from a local Italian deli. It’s my go-to during the week!

8. It’s the zombie apocalypse and you can pick any three famous people to be on your zombie fighting team, who would you pick and why?

I’d probably pick Bill Gates. He has properties throughout the world with up-to-date technology that would definitely get me through the apocalypse. My second pick would be Jeff Bezos because I’ve heard he has stockpiles of necessities. My third pick would be Dave Chappelle because he’s one of the funniest people on the planet and I think he would make a bad situation good for all of us on the fighting team.

9. What have you learned while being in quarantine?

I have learned that I really miss watching and hearing all the fans during a nationally televised sports game especially NFL and MLB. The pre-recorded stuff that they paly back just doesn’t do the same thing for me.

10. Any new projects we can keep an eye out on?

Yes! I am working to finalize the album now, so you can definitely look out for some additional singles coming out that will all be on the full-length album titled Visiting Nashville. There will also be music videos to support the new singles, so keep an eye out for those!

Southern WV born and bred who is a lover of all things country. She’s a mother of two and professional hell raiser. Brittany will pop in from time to time as a Guest Columnist who will present her unfiltered thoughts on the most recent country concerts and maybe an exclusive interview or two.