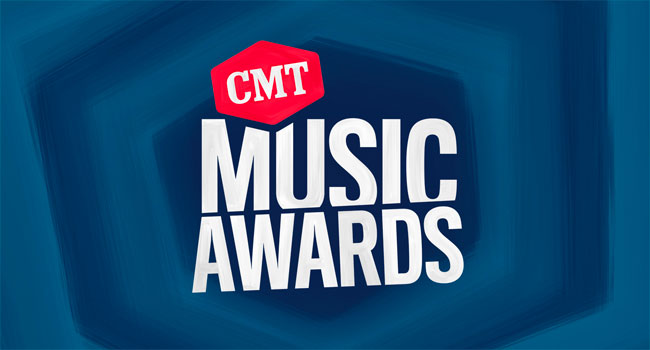 CMT has unveiled the nominations for the 2020 CMT Music Awards, airing on Wednesday, October 21st at 8 pm ET/PT on CMT with a six network simulcast across MTV, MTV2, Logo, Paramount Network, Pop TV and TV Land. Country music’s only entirely fan-voted awards show returns to celebrate music’s biggest stars and brings Nashville’s one-of-a-kind energy to music fans across the globe through epic outdoor performances in and around Music City. Each winner is selected by the fans, with voting open now at vote.cmt.com.

In a first for a major award show, select 2020 CMT Music Awards nominations were revealed on Instagram Reels.

Country hitmakers Ashley McBryde, Dan + Shay, Kelsea Ballerini, Luke Combs, Sam Hunt and Thomas Rhett will all compete for the most accolades of the evening, each with three nominations spanning “Video of the Year,” “Female Video of the Year” and “Male Video of the Year.” Other artists with multiple nominations include Blanco Brown, Carrie Underwood, Gabby Barrett, Kane Brown, Little Big Town, Miranda Lambert, Old Dominion and The Chicks, who return with their first CMT nomination since 2007.

Well known for its tradition of embracing genre-bending collaborations across musical formats, the 2020 CMT Music Awards also highlights a wide range of talent spanning the worlds of pop and dance/electronic with Halsey, Marshmello and Gwen Stefani receiving first-ever nominations.

The highly coveted “Video of the Year” award includes 14 acts, notably Carrie Underwood, who reigns as the most awarded artist in CMT Music Awards history with 20 wins. The finalists for “Video of the Year” will be announced on October 12th with fans being able to vote throughout the week until October 16th to determine the winner.

Fan voting continues until noon ET on Monday, October 12th. The top five “Video of the Year” finalists will be revealed at that time.

Best video of the year; awarded to the artist (male, female, group/duo or collaboration) and the video director. Final nominees announced on Oct 12th, with final voting held until Oct 16th and announced in-show.

Best video by a female artist; awarded to the artist

Best video by a male artist; awarded to the artist

GROUP VIDEO OF THE YEAR

Best video by a group; awarded to the artists

DUO VIDEO OF THE YEAR

Best video by a duo; awarded to the artists

Best video from an artist’s major breakthrough album; awarded to the artist (male, female or group/duo)

COLLABORATIVE VIDEO OF THE YEAR

Best video from a collaboration; awarded to the artists

Musical performance on a television show, series or variety special on CMT; awarded to the artist (individual, group or duo)