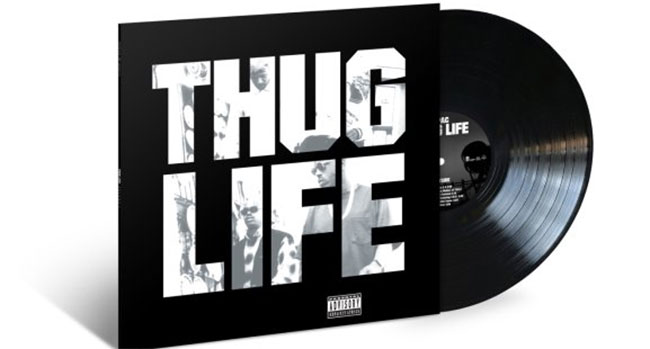 Interscope Records announces the release of a 25th anniversary vinyl reissue of Thug Life: Volume 1 — the only studio album from Thug Life, the group founded by rap legend and cultural icon Tupac Shakur, on November 22nd. In addition to the vinyl reissue, the anniversary celebration includes the release of all-new Thug Life merchandise, including t-shirts, a hoodie, jacket, overalls and beanie. Album t-shirt and hoodie will also be available for purchase bundle with vinyl.

Initially released on September 26, 1994, Thug Life: Volume 1 received gold certification from the RIAA. Among the album’s notable tracks are “How Long Will They Mourn Me?” ft. Nate Dogg, a reflective but powerful piece featured on 2Pac’s diamond-selling double album Greatest Hits. In addition, the largely-self-produced Thug Life: Volume 1 includes tracks like “Pour Out a Little Liquor” (which also appears on the soundtrack to Tupac’s 1994 film Above the Rim), “Cradle to the Grave,” and “Str8 Ballin’.”

Prior to forming Thug Life in 1993, Tupac had established himself as a formidable new force in the hip hop world with his 1991 debut album 2Pacalypse Now and 1993’s platinum-certified Strictly 4 My N.I.G.G.A.Z. With its unapologetically honest and deeply personal look at street life, Thug Life: Volume 1 is widely considered a crucial midpoint between Tupac’s early work and his history-making, diamond-selling, massively influential 1996 album All Eyez on Me.