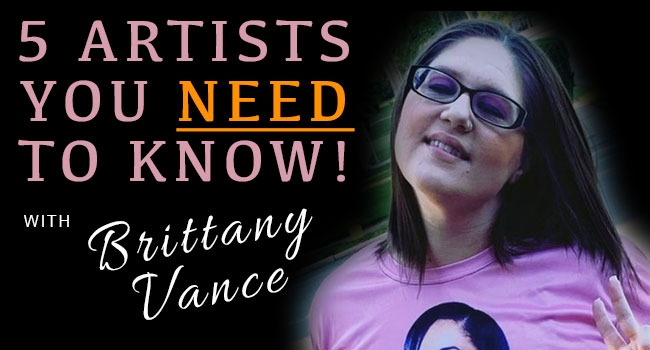 Music is one of the most inspirational influences we have today. There is a massive amount of new music being put out every day, especially with the current pandemic happening. People are constantly asking me what new songs they should explore and add to their playlists. I find that my musical influences are constantly evolving. Here are five artists you need to know. Each of them have their own style, sound and persona.

Rapper and vocal slayer is how I would describe Rhyan Besco. The Arkansas native has been doing some pretty amazing things lately. From a clothing brand collab with Champion to a new album dropping, he’s stayed booked and busy. Besco recently dropped a deluxe edition to his third studio album titled 48 Hours In Port Hueneme. He has gotten the attention of Julia Michael’s manager, Beka Tischker, and was signed to her publishing company Wide Eyed Entertainment under Pulse Music Group. He’s had three No. 1 hits in Japan and has written tracks for other artists signed to big labels like Def Jam and Warner Music Group. His music is totally modern day and radio ready. He is fly, authentic and remains humble. He is undeniably on his way to stardom.

Born in Texas but transported to Georgia, Niko Moon is no stranger to the country life. He is a Sony Music Nashville artist and has been thriving as of late. I call his type of music “cool country.” It’s country with a smooth tone and smooth style. His track “Good Time” is being played on country radio and has really gained momentum. He is a fresh voice with a polished tone and fun loving demeanor.

North Carolina sure knows how to grow em’. Up and coming country/pop artist Tae Lewis is just starting his music journey but he has already released a brand new EP titled The Introduction. Fans enjoy his youtube channel as well as his live shows via social media platforms. He is extremely outgoing and relatable. If you enjoy country music, he is definitely someone you need to check out!

North Carolina queen Priscilla Block is pure country. You can’t miss the southern accent even if you tried. Block is a whole country vibe and continues to make waves in the country realm. Listeners are intrigued by Block’s feisty, real as it gets, demeanor and her body confident persona. She is a true depiction of how bad ass women in country music have become. She is dominant vocally, sassy and highly entertaining. Priscilla Block has arrived.

South Florida native and dime-piece DaniLeigh is a jack of all trades. The Latino singer has an array of talents including dancing and choreography. She just released a new album titled Movie, featuring a 16 track first-class project. Movie features artists such as DaBaby and Ty Dolla $ign. As a whole, it’s notable. It’s clear that Leigh is a worthy executor and she is definitely someone you need to stop sleeping on!

Southern WV born and bred who is a lover of all things country. She’s a mother of two and professional hell raiser. Brittany will pop in from time to time as a Guest Columnist who will present her unfiltered thoughts on the most recent country concerts and maybe an exclusive interview or two.