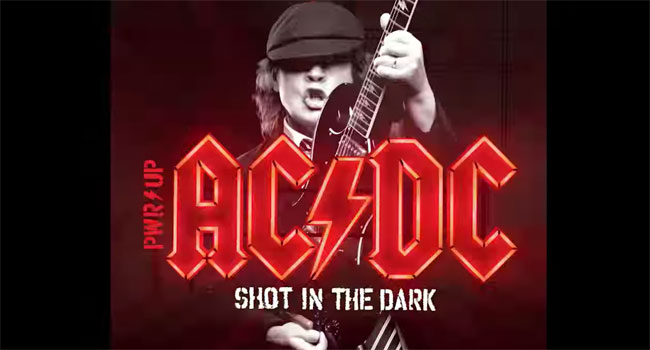 AC/DC has will release its first new music in six years at midnight ET on Wednesday (Oct 7)/9 pm PT Tuesday (Oct 6). The band has confirmed the track, the first from its forthcoming album rumored to be titled PWR/UP and coming November 13, will be available to streaming and digital outlets this week.

The track follows a 30 second tease that was released last week featuring still images of the band in red and black with the their iconic lightning bolt logo animated.

The news comes a week after confirming singer Brian Johnson, drummer Phil Rudd and bassist Cliff Williams have returned to the band following their separate departures in 2014-2015. Last week, AC/DC redesigned its website where fans can sign up to their Power Up newsletter. Last month, images reportedly accidentally leaked from a video shoot in the Netherlands earlier this year were posted and then removed from the band’s website.

The band is expected to announce the follow up to 2014’s Rock or Bust. Johnson, Rudd, Williams, and guitarists Angus and Stevie Young were photographed outside Vancouver’s Warehouse Studios early last year. Online reports had suggested that Angus Young will dedicate the new project to his late brother and founding rhythm guitarist Malcolm Young, who passed away in late 2017 at the age of 64 due to a “dilapidating illness.” Rock or Bust was the first project without founding member Malcolm Young and it’s rumored the new music includes songs that were co-written by Malcolm.