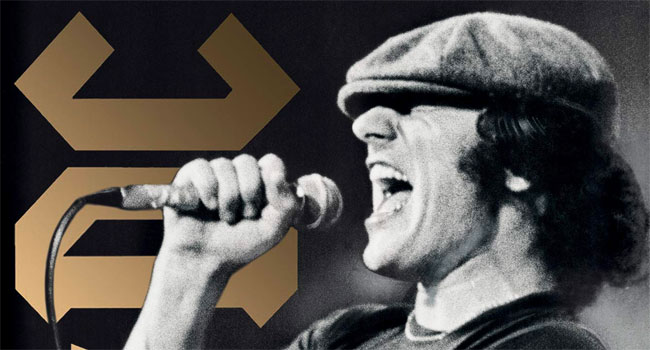 AC/DC frontman Brian Johnson has announced his memoir, The Lives of Brian: AC/DC, Me, and the Making of Back in Black, will be released on October 26th via Dey Street Books, a division of HarperCollins.

“I’ve had some long nights and some great nights, bad days and a lot of good ones,” Johnson confirms in a tweet. “I’ve gone from choirboy to rock ‘n’ roll singer, and now I’ve gone and written a bloody book about it… The Lives of Brian is coming October 26th.”

Johnson’s memoir from growing up in a small town to starting his own band to ultimately replacing Bon Scott, the lead singer of one of the world biggest rock acts, AC/DC. They would record their first album together, the iconic Back in Black, which would become the biggest selling rock album of all time.

Johnson was born to a steelworker and WWII veteran father and an Italian mother, growing up in New Castle Upon Tyne, England, a working-class town. He was musically inclined and sang with the church choir. By the early ’70s he performed with the glam rock band Geordie, and they had a couple hits, but it was tough going. So tough that by 1976, they disbanded and Brian turned to a blue-collar life.

Then 1980 changed everything. Bon Scott, the lead singer and lyricist of the Australian rock band AC/DC died at 33. The band auditioned singers, among them Johnson, whom Scott himself had seen perform and raved about. Within days, Johnson was in a studio with the band, working with founding members Angus and Malcolm Young, Cliff Williams, and Phil Rudd, along with producer Mutt Lange.

When Back in Black was released in July — a mere three months after Johnson had joined the band — it exploded, going on to sell 50 million copies worldwide, and triggering a years-long worldwide tour. It has been declared “the biggest selling hard rock album ever made” and “the best-selling heavy-metal album in history.”

The band toured the world for a full year to support the album, changing the face of rock music — and Brian Johnson’s life — forever.

Johnson was forced to leave the band in the midst of the Rock or Bust Tour due to hearing issues in 2015. He was replaced by Guns N Roses frontman Axl Rose in 2016. Johnson reunited with his longtime bandmates to release Power Up last year, an album that had been completed before the COVID-19 pandemic.

I’ve had some long nights and some great nights, bad days and a lot of good ones. I’ve gone from choirboy to rock 'n' roll singer, and now I’ve gone and written a bloody book about it… The Lives of Brian is coming October 26th: https://t.co/39bW2wkR1h pic.twitter.com/aOlxfQYTa6