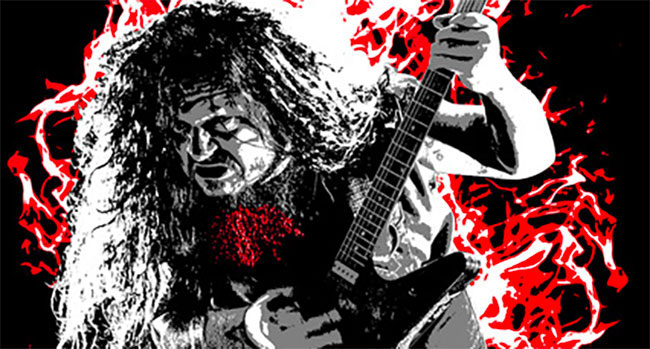 The all-star jam will feature Dime’s music and some of his favorite songs, with the Texas homegrown sounds of WhiskeyDick opening the show as top rock and metal artists honor the guitar legend 15 years after his untimely passing. Highlights from the 2019 Dimebash and Backbeat BBQ event can be seen below.

The all-ages event, which also serves as the unofficial kick-off for the Winter NAMM show, starts at 7 pm and will be hosted by metal ambassadors Jose Mangin (Affliction/SiriusXM) and Riki Rachtman (former MTV Headbangers Ball host/Cathouse founder). A limited number of general admission tickets are still available for $33 (plus fees) via DimebagDarrell.com. There will also be lots of great raffle prizes to win throughout the night.

The Observatory OC is located at 3503 S. Harbor Blvd. in Santa Ana, CA.

To further celebrate Dimebag’s life, fans can order Dimevision Vol. 2: Roll With It Or Get Rolled Over via Metal Blade Records. Dimevision Vol. 2… is a true celebration of Dimebag and how he lived his life. The CD/DVD set includes classic video clips as well as five demos picked from a vast catalog that Dimebag accrued starting in 1984 when longtime girlfriend Rita Haney gave him his first 4-track. Dimevision Vol. 2 also includes never before published photos from Stephanie Cabral, dates, stories, and notes on the five tracks. Rita worked in collaboration with Daryl “Bobby Tongs” Arnberger — who was one of Dimebag’s closest friends and an official videographer for Pantera and Damageplan — and film editor Rob Fenn to choose 33 segments for Dimevision Vol. 2.