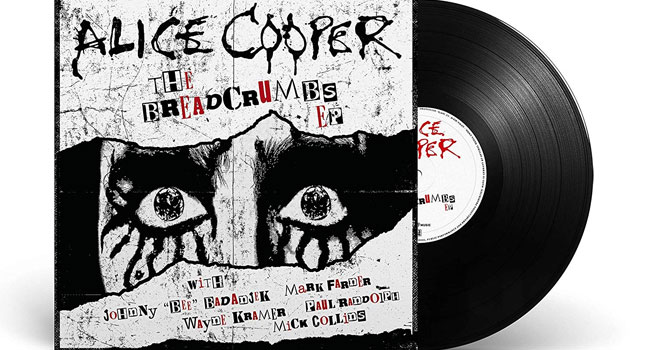 Alice Cooper has announced the releases of Breadcrumbs EP on September 13th via earMUSIC. The EP features six new recordings and is available digitally and as a limited and numbered 10″ vinyl with only 20 thousand copies being pressed worldwide.

The label describes the project as a “tribute to the Garage Rock Heroes from his hometown Detroit City.” The label also confirms Cooper will release a new studio album in 2020.