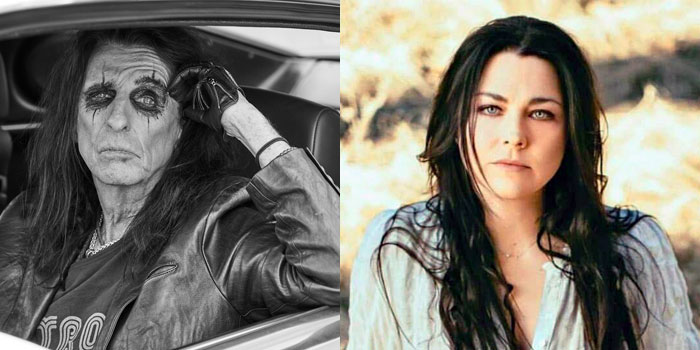 Both are planning to hit the road later this year

Alice Cooper and Evanescence frontwoman Amy Lee are talking about a return to touring later this year, but not together. The pair discussed the topic on April 29th when I submitted the question during a Zoom press conference with media to announce the Driven To Perform nationwide garage band contest winners. Both say they expect to headline their own treks later this year.

“I feel the same way,” adds Lee. “Everybody is so ready to go back to live shows. I think they’re gonna think of all the times in the last year and a half and be like, ‘Man, why didn’t I go to that show when I had the chance?’ and they’re gonna be flooding back. I mean, if [the fans’] energy’s anything close to our energy of how badly we wanna be there, I think we’re gonna be good to go. We’re making plans for the end of the year as well, soon to be announced.”

We will share more details as they become available.

Earlier this month, Cooper teamed with Cooper Tire for the Driven To Perform contest that saw Columbus, OH rockers South of Eden win the majority of the 12,000 votes cast by fans. The contest, which asked bands nationwide to submit an original work, as well as a cover of Cooper’s song, “Under My Wheels,” was open for fan voting online from April 16th to 28th.

South of Eden will open a livestream concert by Evanescence on May 13th.