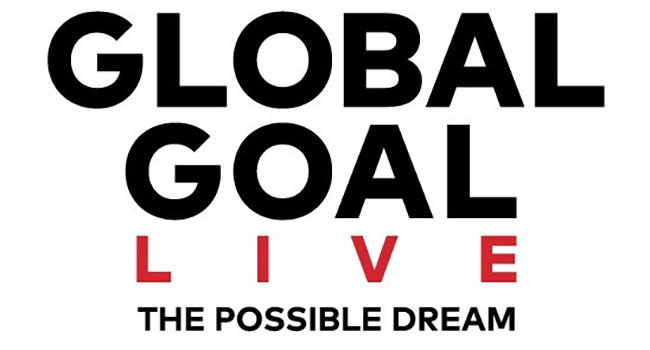 Alicia Keys, Coldplay, Eddie Vedder and many other artists are part of the campaign

International advocacy organization Global Citizen, in partnership with Teneo, the global CEO advisory firm, has announced the plans behind Global Goal Live: The Possible Dream. This is a year-long campaign to get the world back on track to achieve the Global Goals for Sustainable Development, a roadmap to end extreme poverty, tackle climate change, and reduce inequality by 2030, agreed to by all 193 member states of the United Nations in 2015. For video and photos from the launch event, click here.

The UN Secretary-General, Antonio Guterres, this week called for a decade of action to deliver the Global Goals by 2030 and next year marks the ten-year countdown to achieve the Global Goals. The Sustainable Development Solutions Network (SDSN) has assessed – using official data sets in consultation with the SDG Costing Group (co-chaired by the SDSN, International Monetary Fund, World Bank and the OECD) – that the world’s poorest 59 countries need at least an additional $350 billion a year to achieve the Global Goals.

Working alongside, and in support of the United Nations, this campaign will call on governments, philanthropists, and the private sector to step forward, take responsibility for the goals, and provide the $350 billion needed annually for people and the planet to achieve the Global Goals in the poorest countries. These new funding commitments will fall into the areas of human capital, gender equality, and sustainability.

At the launch event, Global Citizen CEO Hugh Evans, together with Teneo CEO Declan Kelly, kicked off the year-long campaign that will culminate on September 26, 2020, with an historic ten hour global broadcast event spanning five continents. Simultaneous anchor events are currently planned for Central Park in New York, and Lagos, Nigeria, and to-be-announced cities in Latin America, Europe, and Asia.

SM Entertainment, the largest entertainment company in South Korea and Dream Maker, the leading live and tour promotion/production company in Korea, will bring Global Goal Live to Asia and it will be Executive Produced by Soo Man Lee, the Head Producer and Founder of SM Entertainment.

MGM Worldwide Television Group will oversee the global broadcast, which will be Executive Produced by Mark Burnett. More details about the Global Goal Live events – including performer line-ups and locations, broadcast information, additional events, and more – will be shared over the coming months.

Under the leadership of Teneo, Global Goal Live will be supported by a coalition of many of the world’s leading corporations: Cisco, Delta Air Lines, Johnson & Johnson, P&G, and Verizon who will work together to engage additional support from the private sector. Co-chairs Chuck Robbins, Chairman and CEO of Cisco; Hans Vestberg, CEO of Verizon; Ed Bastian, CEO of Delta Air Lines, and Marc Pritchard, CBO of P&G will lead their respective sectors to step up in-kind and value chain support and investment for the SDGs. Campaign partners also include Mindy Grossman, CEO of WW International; Patrice Motsepe, Founder & Chairman, Motsepe Foundation; Phil Griffin, President of MSNBC and John Sykes, President, Entertainment Enterprises at iHeartMedia. Teneo will also lead a global effort to raise awareness and support from companies and business leaders all over the world.

The music industry has fully galvanized its support for Global Goal Live, beginning with the impressive list of artists that was previously confirmed. At the announcement event, Michele Anthony, Universal Music Group’s Executive Vice President and member of UMG’s executive management board, thanked her colleague Jody Gerson, Chairman & CEO of Universal Music Publishing Group and member of UMG’s executive management board, and detailed a broad coalition of supporters.

Global Citizen engages with more than 25 million advocates and activists each month. Most of them are millennials, who are using their collective voice to end extreme poverty by 2030. Through the platform, Global Citizens learn about the systemic causes of extreme poverty, take action on those issues, and earn rewards for their actions — as part of a global community committed to driving lasting change. They can redeem those awards to attend Global Citizen events and experiences that take place all over the world. To date, the actions by Global Citizen’s community around the world, along with their high-level advocacy efforts and work with partners, has resulted in commitments and policy announcements from leaders valued at over $40 billion that is set to affect the lives of more than 2.25 billion people by 2030.