America celebrates its half-centennial this year with a trio of compilations that follow the iconic Grammy-winning band to the top of the pop charts, across musical eras, and deep into the hearts of innumerable fans. The multi-platinum-selling group–led by founding members Gerry Beckley and Dewey Bunnell and known for their memorable and dynamic live performances–have also announced a series of live dates celebrating the anniversary and are on tour now.

50th Anniversary: The Collection will be available from Rhino on July 12th as a 3 CD, 2 LP and digitally. A single CD version is also available on the same day. For a limited time, Rhino.com will offer exclusive signed copies of the 3 CD version.

Gerry Beckley, Dewey Bunnell and Dan Peek began in 1970 as a young, wide-eyed trio that parlayed the runaway success of their No. 1 single “A Horse With No Name” into a string of hits in partnership with legendary producer George Martin.

Fans embraced the group for simply being themselves: three gifted singer-songwriters with a love of soaring melodies, close harmonies, and honest expression. In the collection’s liner notes, Bunnell says, “There wasn’t any contrivance in what we did. We didn’t start out with some grand plan – it just turned into a soundtrack for so many people’s lives. That’s something that I treat with great respect.”

The three-disc version of 50th Anniversary: The Collection brings the core of America’s recorded legacy together with choice rarities like an early studio recording of “Ventura Highway,” a live performance of “Riverside,” and an unreleased demo for the No. 1 hit “Sister Golden Hair.” All of the band’s Top 10 singles are included featuring “Horse With No Name,” “Ventura Highway,” “Tin Man,” “Lonely People” and more.

Two other versions of America’s anniversary collection will also be available on July 12th. The single disc version has 16 tracks that focus mainly on the band’s biggest radio hits. The double LP and CD versions dive deeper into the band’s catalog with a total of 25 tracks.

America has influenced generations of musicians with their distinctive brand of acoustic-driven, harmony-rich rock, mixed with pop smarts, in soul-searching classic songs that reflected the times they were living in.

The band’s huge radio success throughout the 70’s and early 80’s at times overshadowed the lyrical depth of their songs such as the questing “Horse With No Name” (with its environmental message at the end); the frank romantic politics of “Sister Golden Hair”; the war paranoia of “Sandman” (written in part from conversations with returning airmen from Vietnam); and the cautionary life advice of “Don’t Cross The River.”

As further testament to the band’s staying power and influence, America’s recordings have been licensed for a multitude of placements in films (including American Hustle, The Nice Guys, The Last Unicorn and Girl Most Likely), television shows (among them The Sopranos, Friends, Breaking Bad and Saturday Night Live) and video games (including Grand Theft Auto). 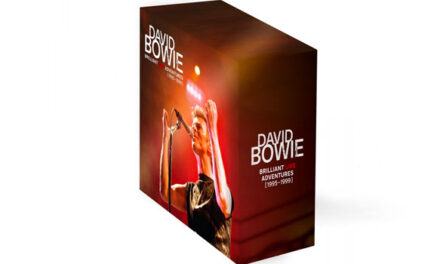