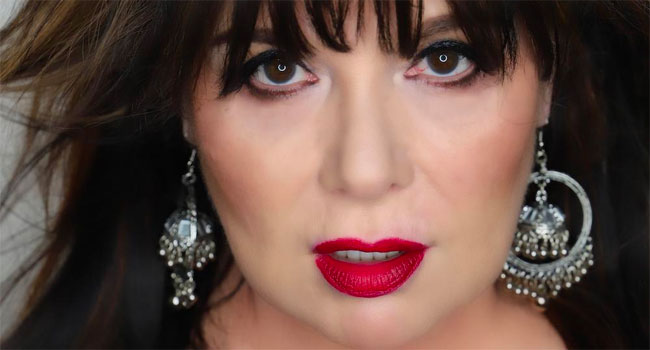 Legendary rock singer and songwriter Ann Wilson continues her streak of electric new singles with the premiere of “The Hammer,” available now at all DSPs and streaming services. “The Hammer” was written by Wilson with guitarists Tyler Boley and Craig Bartock, and recorded last fall in Seattle. It’s a triumphant return to Wilson’s power rock roots.

“We had a great time recording this one! The whole experience was great! “ says Wilson. “ The band felt just as passionate as the lyrics!”

“The Hammer” follows Wilson’s latest single, “Tender Heart,” and its video featuring American olympic medalist Gracie Gold, as well as “The Revolution Starts Now,” her first single release in two years. The song was originally written and recorded by Steve Earle and was backed by her version of Alice In Chains’ “Rooster,” available now at all DSPs and streaming services.

Ann Wilson is a true icon, known far and wide as lead singer and songwriter of the groundbreaking rock band Heart. Led by Wilson’s extraordinary vocal power, Heart has thrilled audiences for more than four decades, earning sales of more than 35 million and well-deserved induction into the Rock and Roll Hall of Fame in 2013. Wilson’s second solo album, 2018’s Immortal, saw her putting her unique stamp on songs made famous by a number of hugely influential artists, including David Bowie, Leonard Cohen, Tom Petty, Amy Winehouse, and more. Produced by longtime Heart collaborator Mike Flicker, the album earned widespread critical acclaim, with Associated Press declaring it “an exciting, eye-opening look at largely obscure songs by big-name artists” and Goldmine praising Wilson for “her mighty vocal firepower and a far ranging creative spirit.”