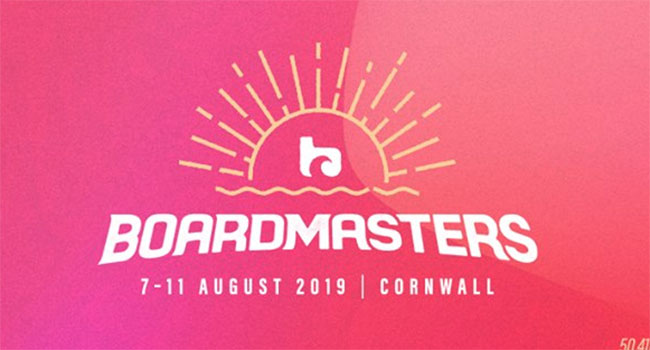 By this point, we all know the story about Fyre Festival. The tale has been told to death all over the internet and social media. The documentary on the subject was one of the most entertaining additions to Netflix in the past twelve months. We all came away with it with the same message and understanding: Putting together a music festival isn’t as easy as just hiring a stage and some bands to play on it, and people who have no experience of staging music festivals shouldn’t get involved in them. There was a lesson for music fans, too – don’t spend big money on a music festival if you can’t be sure who you’re dealing with, and whether the event will go ahead.

Despite all of the above, high-profile music festival cancellations continue to happen, and the reasons why leave a lot to be desired. The latest cancellation is the Boardmasters Festival in Newquay, England, which this week was canceled less than twelve hours before it was due to open. As many people had already started their journeys down towards the site the previous day, some would-be festival-goers didn’t know anything about the cancellation until they turned up at the gates. Understandably, they’ve reacted with fury – and that fury isn’t being tempered by the fact that the organizers are yet to commit to a full refund.

What makes the Boardmasters cancellation worrying is that the team behind the festival aren’t newcomers to the scene. Boardmasters – which is a combined celebration of music and surfing (the festival location is right next to a beach) – has been running since 1981, and steadily growing during its thirty-plus years of operation. More than fifty thousand people attended the event in 2018, and more were expected this time around. Headline sets had been booked with big-name performers including Wu-Tang Clan, Florence and the Machine, Foals, Idles, and Razorlight. It’s currently unclear whether the performers will be receiving their fees.

The official reason for the cancellation is anticipated severe weather within the area, including winds of 40 miles per hour and heavy rainstorms. One day on from the cancellation, there’s no sign of the harsh weather appearing. Even if it had, disappointed customers on Twitter feel that bad weather isn’t sufficient reason to cancel the festival. The annual Glastonbury Festival – arguably the largest music festival in the world – happens within roughly the same area as Boardmasters, and routinely turns into a landscape of rain and mud. When it does, it’s viewed as part of the fun, and performers and revelers just get on with enjoying it. Glastonbury has never been canceled because of adverse weather conditions in its nearly fifty-year history.

Boardmasters is now one of a concerning number of large, high-profile music festivals which have been canceled at short notice in recent years. Just last month, a high-profile festival event called VestiVille in Belgium was canceled several hours after it was due to start, after it emerged that the organizers never obtained the required permits from the local authority to stage the event, and there was no security at the venue. Cardi B and ASAP Rocky had been scheduled to perform – as was Ja Rule, who is famously associated with the Fyre Fest debacle. In 2018, XO Festival in Northern California was canceled at late notice because many of the acts scheduled to perform – including Ludacris – pulled out citing ‘breach of contract’ from the people behind the event.

The issue that now faces anybody considering creating a new music festival is that there’s a complete lack of trust from the public. Music festival tickets are not cheap. Transport costs, food and drink expenditure, and the cost of camping equipment can add over $100 to the ticket cost. People like certainty in return for their money. Buying a ticket for a music festival shouldn’t feel like placing a large stake on a mobile slots game, and hoping you strike lucky. There are many ways that the worlds of mobile slots and music intersect – everyone from Guns ‘N Roses to the Village People has their own mobile slots game. Gambling with your favorite band should be something you do by choice on a mobile slots website, though – not when you’re trying to pay to see them in person.

Music festivals are one of the best things about the summer for fans of live music, and we don’t want to see them become extinct. Nor do we want to see their attendances dwindle because people no longer feel confident or comfortable buying tickets for them. It might not be the worst thing in the world if there were a few less of them in years to come, though. Not everyone has the expertise to take a festival from the drawing board to reality, and not everyone who thinks they can do it should be given a chance to try. If we had fewer large festivals, but ensured that those festivals were run by people who have a track record of success – we’d probably get better lineups, and better experiences for the people who pay to go to them.

In the meantime, given the high rate of recent cancellations, it makes sense to do a little research before putting your money down on a ticket. Always find out how long the festival you’re considering attending has been running. If it’s new, find out as much as you can about the people organizing the festival, and their track record when it comes to staging live events. If you can’t find sufficient details, it might be better to save your money and avoid the risk of being disappointed. Music festivals are fantastic, but only when they’re run by experts and organized professionally. That might not sound like the most’ rock and roll’ idea in the world, but even the most unruly rock and rap acts in the world have a sensible business manager working on their behalf somewhere. The same should be true of festivals. If you can’t see the sense, don’t buy the ticket.