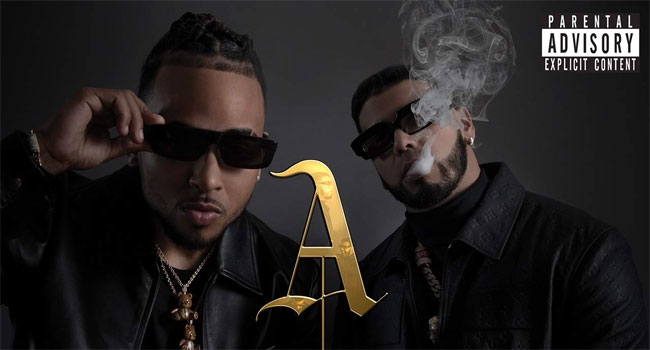 The debut of Los Dioses, the collaborative album from two Latin music icons — Anuel AA and Ozuna — debuts at No. 1 on two Billboard charts: Top Latin Albums and Latin Rhythm Albums this week.

The album was No. 1 on Apple Music Daily’s chart last week in countries such as Argentina, Belize, Bolivia, Chile, Colombia, Costa Rica, Dominican Republic, Ecuador, El Salvador, Guatemala, Honduras, Mexico, Nicaragua, Panama, Paraguay, Peru, Portugal, Spain and Venezuela. Additionally, it debuted at No. 10 on the Billboard’s 200 chart and tracks “Antes” at No. 5 and “Los Dioses” at No. 8 on the Billboard’s Hot Latin Songs chart. Also, it was at No. 1 on Spotify’s Top Debut Albums chart.

This powerful team-up between Anuel AA and Ozuna was eagerly anticipated by both artists’ massive fanbases. These two greats have previously enjoyed stunning success together with such collaborative chart-toppers as “Adicto,” “China,” “Cambio,” “BEBE,” “La Ocasión” and more.

Los Dioses finds Anuel AA and Ozuna elevating each other to new heights and unprecedented versatility. As artists who have made their way to the A-list of Latin music in record time, they are eager to take risks and mix their unique styles, finding a perfect balance as they continue to set trends.

The album’s musical foundation is trap, which we can appreciate as the album opens with the title track. Trap fans will also revel in “RD” and “Perfecto.” Reggaeton lovers will delight to “Antes,” “Nunca” and “Dime Tú.” Crossing into the unexpected, Anuel AA and Ozuna experiment with balladry on “Contra el Mundo,” a rap vibe on “La María” and string and wind instruments on “Municiones.”

Los Dioses is the result of an alliance between the artist’s independent labels Aura Music Corp. and Real Hasta La Muerte Inc., with distribution via Sony Music Latin.