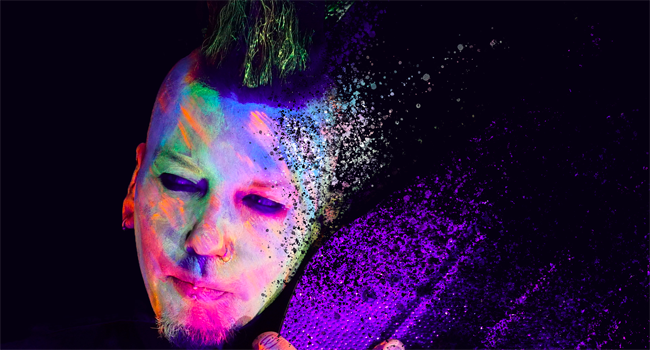 ASHBA’s “Let’s Dance” video will premiere on October 23rd at midnight EDT/October 22nd at 9 pm PDT via YouTube. ASHBA, who produced the video, invited his fans, known as The Abducted, to submit their own dance clips. He received submissions from all around the world, which are mashed up into an energy-filled, fun interpretation of the song.

“It’s a simple message: ‘Let’s Dance,’” says ASHBA. “No matter how challenging the moment, we can all take some time to have fun and enjoy life. This song captures that feeling, and the fans really bring it to life. Thank you, The Abducted!”

“Let’s Dance” is the second single from world-renowned producer, songwriter and multiplatinum recording artist ASHBA, who introduced his unique version of EDM to the world last summer with his debut single “Hypnotic.” One of the rock industry’s most technically brilliant guitarists, ASHBA has creatively combined multiple genres with EDM into one unique, explosive sound as he continues forging his groundbreaking journey into an exciting new genre. Mixed and mastered by three-time Grammy nominee Luca Pretolesi of Studio DMI (Steve Aoki, Diplo, Lil Jon), “Let’s Dance” features vocals by James Michael, co-founder and lead singer of the rock band Sixx:A.M., which he formed with Nikki Sixx (Mötley Crüe) and ASHBA (Guns N’ Roses/Sixx:A.M.).

“On ‘Let’s Dance,’ my goal was to create the perfect blend of rock and EDM by laying down the foundation with an infectious hardcore dance beat, melodic guitars and topping it off with one of the best vocalists in rock,” adds ASHBA. “Now the party moves from Las Vegas to Miami, and James Michael is right there with this understated bravado sure to surprise our rock fans and hopefully capture the attention of club-goers around the world. I want to bring them all together for an amazing celebration.”

As part of the “Let’s Dance” premiere, ASHBA held two Instagram live chats for fans, one with Luca Pretolesi and the other with James Michael.

Guitar World said of “Hypnotic: “Now, he’s thrown his hat into the ring of EDM, weaving creative six-stringing into an electronic sonic backdrop on his new solo track, ‘Hypnotic,’ which utilizes some creative kill-switching sure to get the crowds moving (when it’s safe to do so).”