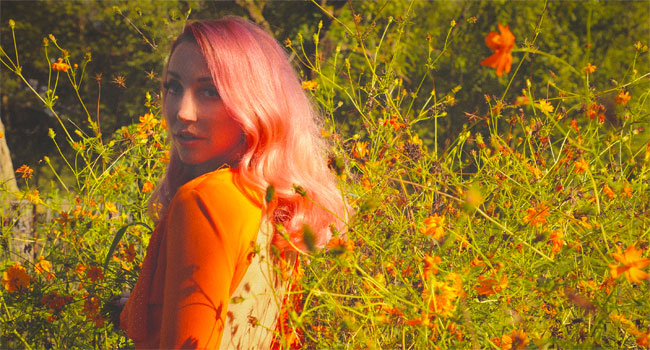 Ashley Monroe announces her fifth studio album Rosegold which will be released on April 30th via Mountainrose Sparrow/Thirty Tigers. Monroe has released the video for the album’s first single “Drive,” which was co-written with Niko Moon and Mikey Reaves, who co-produced the song with Monroe.

“I had this chorus and idea when I went in to write with Mikey Reaves and Niko Moon on September 10th (my birthday),” explains Monroe. “I told them my dad/other angels always send special songs on my birthday. It didn’t take long into the session until we knew we were on to a special one. I always imagine me singing this while driving on a desert highway.”

“Every move we made was instinctive,” says Monroe, “but it was also intentional. I found myself wanting to see how drastic the change from a verse to a chorus could be, or looking for places where the beat could drop out and then give you chills when it comes back in.”

The approach yielded vibrant, spontaneous performances that embraced Monroe’s off-kilter instincts and played to the different strengths of each producer. The record was mixed by engineer Gena Johnson (John Prine, Jason Isbell), who worked with Monroe to help make the disparate styles and production on the album cohere into a powerful, moving work.

“I’ve always been good at writing sad songs because I’ve experienced a lot of sadness in my life,” Monroe reflects. “When my son was born, though, it was like some sort of innocence got plugged back into my heart. I’d never really felt that kind of joy before, and I wanted to find a way to make it last. I told everyone I was working with that I didn’t want even a hint of sadness this time around. I wanted to embrace all the light and love in my life and find ways to share it with people.”