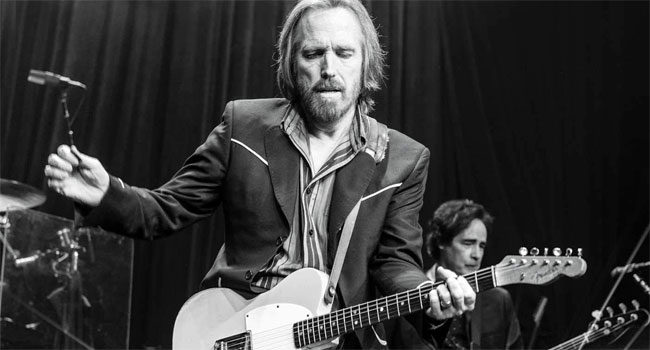 Book is available on Nov 17

Author Christopher McKittrick is set to publish a book that details Tom Petty’s rich history with Los Angeles. Somewhere You Feel Free: Tom Petty and Los Angeles explores the artistic life of Tom Petty through his career-long relationship with Los Angeles and the many colorful characters and venues that inspired him and his music — including his work with George Harrison, Bob Dylan, Stevie Nicks, Johnny Cash, Roger McGuinn, Leon Russell, Rick Rubin, and Del Shannon. The book will be available November 17 via Post Hill Press.

When Tom Petty arrived in Los Angeles in 1974 in search of a record deal for his band Mudcrutch, the Gainesville, Florida native found one almost immediately. While he thought he had found exactly what he was looking for in L.A., it would take years for Petty and his subsequent band, the Heartbreakers, to break onto the pop charts. Within the following two decades, Petty would stay planted in Los Angeles through chart-topping albums, battles with record labels, personal struggles, collaborations with rock and roll royalty, and even an arsonist burning down his home in the San Fernando Valley.

From the earliest Heartbreakers concerts in Los Angeles at the legendary Whisky a Go Go and the Santa Monica Civic Auditorium, to the band’s final concerts at the iconic Hollywood Bowl, Petty aimed to continue the tradition of the Southern California rock and roll of his musical heroes like the Byrds and Buffalo Springfield in his own fashion. At the same time, Petty’s career often coincided with seismic shifts in the music business, indicated by Petty’s famous refusal to back down in the face of label management, industry conventions, and the changing courses of platforms that helped make him a superstar, like rock radio and MTV.

Christopher McKittrick’s publications include Can’t Give It Away on Seventh Avenue: The Rolling Stones and New York City (Post Hill Press, on Best Classic Bands’ list of “Best Music Books of 2019”) and “The Secret History of New York Blues” in Artefact magazine.