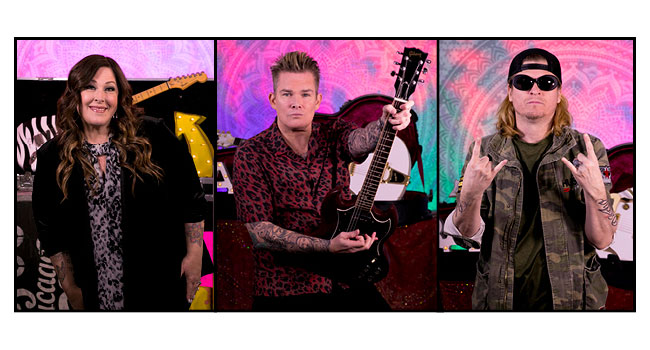 “With the new additions of Mark McGrath, Carnie Wilson and Wes Scantlin, we’ve infused a fresh kick of 90s flavor to our incredible roster of music experts for the third season of The Top Ten Revealed,” states Daryl. “When it comes to ‘Top Ten’ lists, everyone has an opinion, so get ready for more hot takes, behind-the-scenes stories and surprising facts.”

This season’s categories include Epic Songs of ’74 (April 26th) like “Killer Queen” and “The Joker;” Rockin’ Siblings (May 3rd) such as Eddie & Alex Van Halen and Ann & Nancy Wilson; 80s Break Up Songs (May 10th) featuring the sounds of Whitesnake and Bon Jovi; Epic Songs of ‘69 (May 17th) headlined by hits including “Sweet Caroline” and “Everyday People;” plus, find out why hit singles like the Rolling Stones’ “Start Me Up” and Bruce Springsteen’s “Dancing in the Dark” never reached the top of the chart in Songs Stuck at #2 (May 31st).