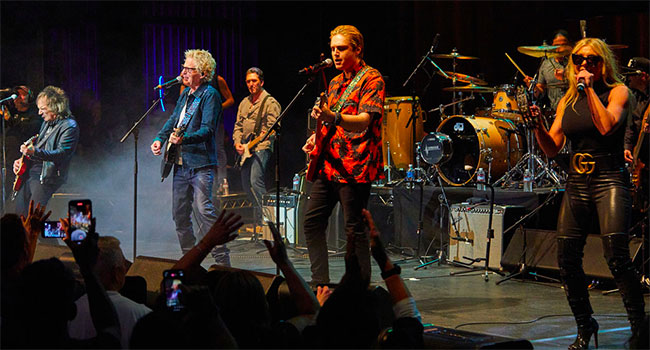 Hosted by Money’s good friend — comedian and award-winning actor — Louie Anderson, the two-hour Eddie Money Tribute Concert is a heartfelt celebration of the man whose trademark vocals fueled chart-topping favorites such as “Shakin’,” “Take Me Home Tonight,” “Think I’m in Love,” “Two Tickets To Paradise,” and “Baby Hold On,” among many others, and provided the soundtrack for a generation of music lovers.

Originally filmed live on February 20th at The Canyon at The Saban in Beverly Hills, the evening features unforgettable appearances and performances by Money’s family and fellow music legends. The concert included powerhouse performances of Money’s classic hits such as “Shakin’” by Sammy Hagar, “Save A Little Room” by John Waite, “Think I’m In Love” by Kevin Cronin and Dave Amato, and an acoustic performance of “Baby Hold On” by James Hetfield. Additionally, there were heartfelt renditions of “Baby Hold On” and “Wanna Go Back ” by Money’s children Jesse, Dez and Julian Money who made their dad proud as they commanded the stage with one of the night’s most memorable moments.

The tribute also featured a collection of moving video tributes from world-class artists Huey Lewis, Joan Jett, Steve Miller, Loverboy, Boston, and Dennis DeYoung, as well as funnyman Kevin James who fondly recalled Money’s performance at his wedding and shared rare footage from the special day. Apple co-founder Steve Wozniak also took the stage, regaling the crowd with anecdotes from Eddie’s set at the historic US Festival in 1982.

“AXS TV was a big part of our lives for the past two years while we shot Real Money and we are so pleased to have them onboard as the exclusive home for Eddie’s memorable tribute event,” states Laurie Money, Eddie’s wife of 30-plus years. “We are so excited that others will now have the opportunity to witness the outpouring of love and support that Eddie and our family received from his music peers through this concert.”

“We are grateful to the incredible artists and industry friends who dedicated their time and talents and came together to make this celebration of his life possible,” continues Money. “Their combined energy and efforts helped our family give Eddie a uniquely spectacular sendoff, worthy of the great husband, father, friend and artist that he truly was. Every performance of the concert is a must see and is undeniably straight from the heart. The concert is a testimony that exemplifies how deeply he was loved by the music community.”

“Eddie Money was a rock icon and chart-topping entertainer, but he was also a beloved member of the AXS TV family,” shares Lucia McCalmont, Vice President of Programming and Scheduling, AXS TV. “It was a true joy to be able to experience the deep love of the Money family firsthand during the filming of Real Money, and we were proud to play a small part in Eddie’s legacy as we shared their incredible bond with viewers around the world. His warm personality and infectious tunes influenced and inspired so many people, and we couldn’t think of a better way to honor him than with this celebration of his life and his music.”

As part of the celebration, the network will also present both seasons of the AXS TV original reality series Real Money at 3 pm ET/noon PT on Saturday, March 21st — what would have been Money’s 71st birthday. The series gave viewers an unfiltered look into the Money family — which included Eddie and Laurie, along with their five kids Zach, Joe, Dez, Jesse, and Julian, and ten pets — as they lived, laughed, bickered, and rocked under one roof. Seasons one and two of Real Money will air in their entirety, allowing fans to relive all the fun hijinks and heartfelt memories one more time. 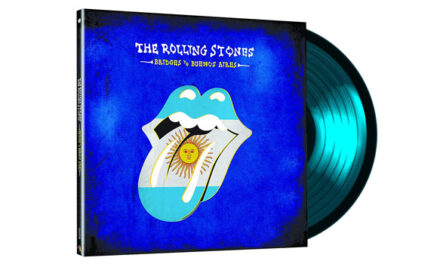 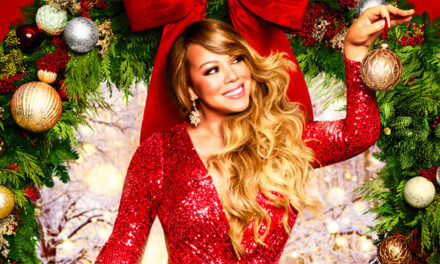