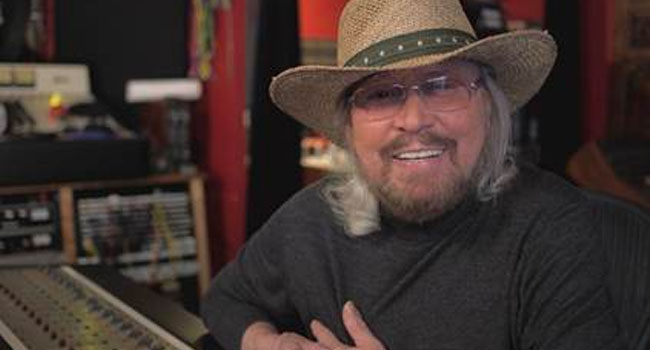 Gibb talks with CBS News’ Anthony Mason about his brothers, his career, his new album Greenfields, and more

There’s a resurgence of interest in The Bee Gees thanks to a new critically acclaimed documentary. However, Barry Gibb, the last surviving member of the group, says it’s unlikely he’ll ever watch the whole film because it’s too painful, he tells Anthony Mason in an interview for CBS Sunday Morning to be broadcast Sunday, January 3rd at 9 am ET/PT on the CBS Television Network.

The Bee Gees: How Can You Mend a Broken Heart on HBO Max has gotten wonderful feedback, reports Mason, co-host of CBS Sunday Morning. Gibb tells Mason the response has been staggering. He admits to having watched bits of it, but not all.

“‘Cause I can’t handle watching the rest of my family,” Gibb says. “I just can’t handle it. It’s not, who would, you know? I think it’s perfectly normal to not want to see how each brother was lost, you know? And I don’t want to address it. I’m past it.”

Gibb, with his brothers Maurice and Robin, created some of the most memorable hits of the past five decades including “Stayin’ Alive” and “How Deep is Your Love.” Their childhood, their career together and the deaths of Maurice and Robin are documented in the film.

Gibb admits it has been hard letting go of his brothers.

Gibb talks with Mason about The Bee Gees, their biggest hits together and those they wrote for others, the process of songwriting, and his own musical career going forward. Gibb says he’d be honored to tour again after the pandemic subsides.

Gibb also opens up about his new album Greenfields, which features versions of The Bee Gee’s hits performed with some of country music’s top stars.

“I was bitten by Nashville, you know, because Nashville is about music,” Gibb says. “It’s about real songs.”

CBS Sunday Morning is broadcast Sundays from 9-10:30 am ET/PT on the CBS Television Network. Rand Morrison is the executive producer.