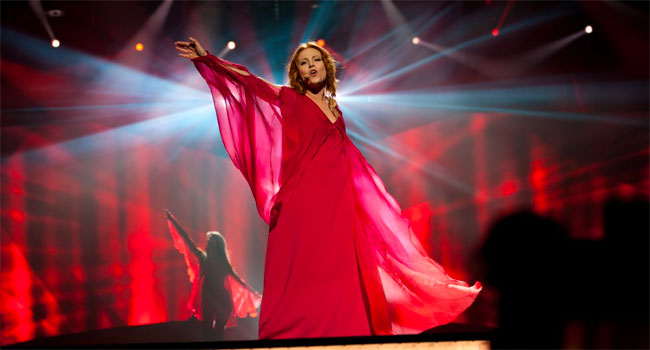 We’re just under two months away from the continent’s biggest singing competition – that’s right, after a one-year hiatus, due to the on-going pandemic, the Eurovision Song Contest is back! After Duncan Laurence’s victory in 2019, Rotterdam in the Netherlands is the host city and already, fans can check out all the latest Eurovision odds.

But as you’d expect, when bringing 26 nations together – things don’t always go to plan. Over the years, we’ve seen a fair share of tears, tantrums and wardrobe malfunctions, as well as all things weird and wonderful. And with Armenia withdrawing from the contest earlier this month, what better time to look back at some of the most iconic, yet controversial Eurovision moments.

In the lead-up to the 2019 Eurovision Song Contest in Tel Aviv, rock band Hatari from Iceland caused controversy. Known for their anti-capitalist stance, they made a number of political statements over the Israeli occupation of Palestine, which caused the EBU to issue them a final warning and any further comments would lead to disqualification.

On the night of the grand finale, Hatari performed without any problems – but when it came to the televote, the camera panned to the band waving banners of the Palestine flag. Met with boos around the arena, the Icelandic broadcaster RÚV was later fined the minimum punishment of €5,000, and Hatari went on to duet with Palestinian musician Bashar Murad.

Eurovision is no stranger to a stage invader, after all, serial streaker, Spaniard Jimmy Jump did it during Spain’s song in 2010. But in 2018, it happened again. SuRie was formerly a backing singer for the 2015 Belgian entry, Loïc Nottet. This time, she took centre stage for the United Kingdom – or at least, that’s what she thought. Midway through her performance, rapper and political activist, DR ACactivism stormed the stage and snatched the microphone, before shouting: “Nazis of the UK media, we demand freedom.” SuRie was left clapping along, as the cameras panned to the audience and, while she was able to continue, she was also offered the opportunity to re-perform, but declined.

But with the changed lyrics, the song didn’t make sense, but still managed to rhyme with Facebook. And the blue and white colors incorporated into the performers’ costumes looked remarkably familiar. Needless to say, San Marino didn’t make it to the grand finale after finishing 14th in their respective semi.

Much controversy surrounded Georgian act Stephane & 3G, who had tried to represent their country the year before, but finished fourth in the national selection process. A year later, they won the national final and ultimately, earned a place in the semi-final stages of the Eurovision Song Contest, to be held in Moscow, Russia. However, their song “We Don’t Wanna Put In,” went against rules, with an EBU spokesperson saying: “No lyrics, speeches, gestures of a political or similar nature shall be permitted.”

It wasn’t just the pun in the title, but several of the lyrics were deemed to be digs at Russia’s leader Vladimir Putin. Ordered to change the lyrics or select a new song entirely, the pop band declined and withdrew. So, it looks like they didn’t wanna put in, after all.