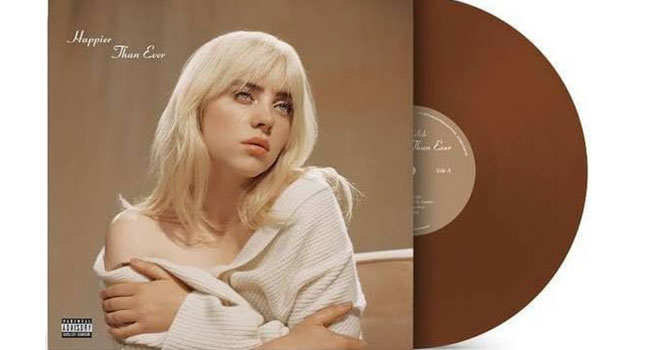 “this is my favorite thing i’ve ever created and i am so excited and nervous and EAGER for you to hear it. i can’t even tell you. i’ve never felt so much love for a project than i do for this one. hope you feel what i feel,” she shares making the announcement on Instagram.

The album’s first single, “Therefore I Am,” was released in November 2020. Eilish co-wrote the track with her brother/producer Finneas. It’s reached the Top 5 in the States and other countries, while topping the charts in Europe and New Zealand.

Eilish will drop the next single digitally on Thursday, April 29th.

The pop star was the subject of a two hour plus Apple TV+ documentary earlier this year called Billie Eilish: The World’s A Little Blurry.

Eilish has accomplished a lot at only 19. She took home five GRAMMYs last year for her debut album, When We All Fall Asleep, Where Do We Go?, which dropped in 2019. She also took home several more in 2021. She is not only the youngest and second person ever to win the four main Grammy categories – Best New Artist, Record of the Year, Song of the Year and Album of the Year – in the same year but also the first female to do so.

She’s also the youngest artist ever to record a James Bond theme song after releasing “No Time To Die” during the pandemic for James Bond 25.