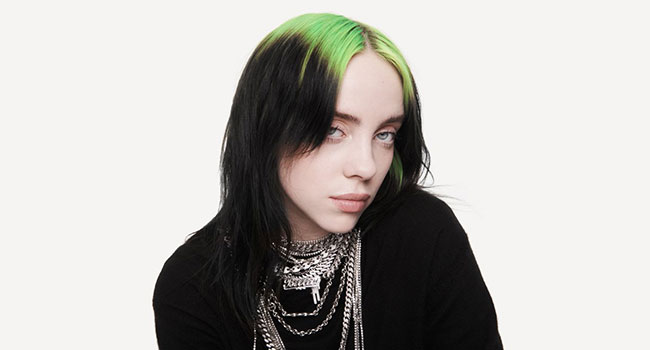 No Time To Die will be released in April 2020

Billie Eilish has written and recorded the theme for James Bond: No Time To Die. Eilish wrote the song with her brother Finneas, and at 18, is the youngest artist in history to write and record a James Bond theme song. The track will be released by Darkroom/Interscope Records.

The #NoTimeToDie title song will be performed by @billieeilish. Billie has written the song with her brother @finneas and is the youngest artist in history to write and record a James Bond theme song. pic.twitter.com/Qd5cYIRlmg

“There are a chosen few who record a Bond theme. I am a huge fan of Billie and Finneas,” director Cary Joji Fukunga states in a statement. “Their creative integrity and talent are second to none and I cannot wait for audiences to hear what they’ve brought – a fresh new perspective whose vocals will echo for generations to come.”

Shirley Bassey, Paul McCartney, Carly Simon, Duran Duran, Madonna, Adele and Sam Smith have all recorded Bond themes over the years. Oscar-winning composer Hans Zimmer confirmed this week that he will compose the score for the project.

MGM will release the 25th James Bond feature film domestically through their United Artists Releasing banner on April 8th and through Universal Pictures International and Metro Goldwyn Mayer in the UK and internationally on April 3rd.