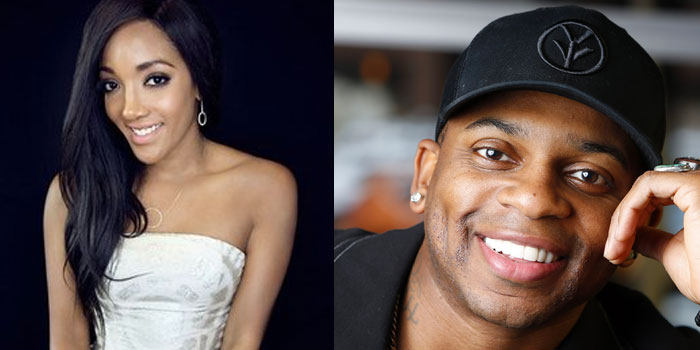 Country music has always lacked diversity. However, the issue has been brought more to the forefront over the past several years with the artists themselves demanding a call for change. A new report released today (Fri, Mar 12th) by SongData proves that the country music industry favors white artists over performers of black, Indigenous, and people of color (BIPOC).

The report focuses on race and ethnicity of artists, ensembles and collaborations over the last two decades. The study draws on datasets of the 11,484 songs played on country format radio from 2002-2020, the 411 artists signed to the three major Nashville labels — Universal, Warner, and Sony — from 2000-2020, and the 187 artists nominated for Country Music Association (CMA) and Academy of Country Music (ACM) Awards from 2000-2020.

The report examines the results of internal decision making processes and practices, and how the industry has privileged white artists while denying BIPOC artists the same opportunities. The key findings for the study reveal that at every level of analysis — percentage of songs played, of airplay, of charting songs, of artists signed to major labels, and of award nominations — BIPOC artists make up less than 4% of the commercial country music industry.

The 19 year period examined in the study can be divided into three periods defined by activity for songs by BIPOC artists. The key findings hold true for all levels of analysis – from the number of songs on playlists, to the amount of airplay these songs received, and to the number songs that charted.

From 2002 to 2007, BIPOC artists are nearly absent from country radio. In the first six years of the study period, an average of just 0.5% of the songs played were by BIPOC artists, and those songs averaged 0.3% of the airplay.

From 2008 to 2013, representation marginally increased to an average of 1.5% of the songs played. Those songs received an average of 2.0-2.5% of the airplay across this period.

The study suggests representation increased again in the final six years from 2014-2020, with an average of about 3.7% of the songs played by 2020 and received 4.8% of the annual airplay.

Despite an increase in spins for BIPOC artists, they only received 2.3% of the airplay over the past 19 years, 95.7% of which went to BIPOC men. BIPOC women retained 2.7% of those spins while the remaining 1.6% went to songs by other BIPOC men.

“BIPOC country artists signed to major labels is about 3%,” he shares. “The radio airplay doesn’t tell the whole story. Just four weeks ago, RVSHVD had the No. 1 song on iTunes. Progress is being made. We just gotta keep making good country music.”

The data shows that black women have not had enough airplay to reach the Top 20 of any chart over the past 19 years. Black LGBTQ+ artists are absent from the country music industry, except for Lil Nas X, whose “Old Town Road” received very limited airplay on country radio. A remix with Billy Ray Cyrus broke records as it saw 19 consecutive weeks at No. 1 on the Billboard Hot 100 All-Genre chart, surpassing records once owned by Mariah Carey, Boyz II Men, Mark Ronson, Bruno Mars and Whitney Houston.

The annual average of spins by race/ethnicity and gender shows that there has been a notable increase in the percentage of spins for BIPOC and multiracial ensembles/collaborations by 2020. This increase, however, has been largely for songs by male artists. Black men and black women rank at the bottom of their respective groupings, receiving just 1.92% and 0.01% of the annual spins, respectively. Most of the spins for artists and ensembles of color went to black men, largely the result of airplay for one male artist, and multiracial ensembles, for one male ensemble.

The black LGBTQ+ artist with airplay on the format received just 0.001% of the annual spins. The exclusion of black queer, transgender and non-binary artists on this format reveals another layer of discrimination in programming, the study suggests.

The results for representation on country radio suggest a racial hierarchy that exists within the industry and considers the deep connections between each facet of the industry. Radio airplay remains an integral component of the development of an artist’s career, including the promotional support received from a label and eligibility for awards by the two main trade organizations. This data suggests that the lack of representation on airplay does not just impact the trajectory of an individual artist, it also impacts the careers of those around them and of future artists.

Mickey Guyton is the only black female country artist who’s signed to a major Nashville label. Capitol Records signed her in 2015, but she’s seen very little radio support, and has yet to release a full length LP. That year, she released her self-titled EP featuring her debut single “Better Than You Left Me,” which landed at No. 30 on the Mediabase and Billboard country charts. She was nominated for her first Academy of Country Music Award (ACM) the following year. However, it wasn’t until 2019 when she would grace the ACM stage again where she performed “I’m Standing With You” from the Breakthrough movie soundtrack alongside Chrissy Metz, Carrie Underwood, Lauren Alaina and Maddie & Tae.

Last year, Guyton performed her first solo ACM Awards performance of “What Are You Gonna Tell Her?” with labelmate Keith Urban’s accompaniment on piano. The performance was named one of the best of the night. The track is featured on her Bridges EP that was released in September, along with “Black Like Me,” a song she co-wrote in March 2019 at a cross-genre writing camp. The song was named one of the Top 10 songs of 2020 by NPR, Billboard and The Associated Press, despite receiving very little radio support.

Due to her frustration, Guyton nearly considered quitting the music industry until the ACMs offered her a performing slot last year. Now, she’s made history as the first black female solo artist to earn a GRAMMY nomination for Best Country Solo Performance for “Black Like Me.” She will perform the song on the awards ceremony on Sunday, March 14th.

Guyton also becomes the first black woman to host the ACM Awards when she and co-host Keith Urban take the stage on Sunday, April 18th live on CBS. This will be Guyton’s first time hosting the show, who is also nominated for New Female Artist of the Year.

“A perfect world to me is a world without genres, you know, just music,” hip hop artist Riverknight shares of the topic. “I don’t know why everything has to be boxed up and separated nowadays. I think a lot of people don’t know where country music originated from, and maybe we should start there when discussing our lack of representation in country music, but I do believe the increase in airplay for BIPOC is a good thing.”

While the biggest change among BIPOC airplay has been in the past three years with an increase of 3.5%, country music still has a lot of progress to make with diversity. BIPOC women remain absent from the charts, lacking the support required to break into the weekly airplay charts and become a household name.

Brittany Vance contributed to this story.