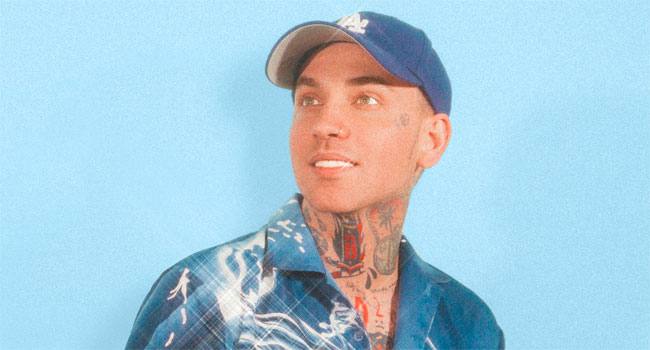 “If I Were U” is available now

Two days out from his highly-anticipated fifth studio album, multi-platinum selling singer, songwriter and producer Blackbear releases “If I Were U” featuring Lauv. The refreshingly honest pop ballad takes listeners on a journey of opposing views in a messy relationship. Featuring introspective lyrics, a catchy hook, and sweet-sounding yet candid verse from fellow pop hitmaker Lauv – it’s an undeniable hit. The song is the latest release off Blackbear’s upcoming album Everything Means Nothing, available this Friday, August 21st via Beartrap/Alamo/Interscope Records.

The track follows a string of recent releases from the hitmaker including “Hard On Yourself” with Charlie Puth, “My Ex’s Best Friend” with Machine Gun Kelly, and “Lil Bit” off the 2021 Madden Soundtrack – continuing to solidify him as one of the most highly sought-after artists in the industry today.

Additionally, Blackbear’s anthem “Queen of Broken Hearts,” released on July 10th, has already broken into the Top 40 at pop radio while continuing to rack up millions of streams. The 12 track album will also include his 2019 smash hit “Hot Girl Bummer” – the double-platinum-certified single peaked at No. 2 at Top 40 Pop radio, No. 11 on the Billboard Hot 100, and surpassed one billion global streams.