Blake Shelton started the year with his single “A Guy With A Girl” from the Gold-certified If I’m Honest landing at the top of both the Billboard Country Airplay and Country Aircheck/Mediabase charts for a multi-week run, and he now draws it to a close back where he began as Texoma Shore’s “I’ll Name The Dogs” ascends to the No. 1 spot. The smash hit, which boasts over 30 million streams, marks Shelton’s twenty-fifth chart-topping song.

“What a great way to end 2017 with ‘I’ll Name The Dogs’ at No. 1!” says Shelton. “As I look back over another incredible year, I know that the success has been because of the love and support from my fans. This song and several others on Texoma Shore are little more throwback, traditional country. They take me back to a time when I was growing up in Oklahoma, when things were a little less complicated. Thank you to my fans for embracing my music both new and old – and for all you do for my family and me. Merry Christmas and Happy Holidays to you and your family!”

In addition to “I’ll Name The Dogs” and the success of his sixth career No. 1 country album Texoma Shore, Shelton’s most recent achievements include a pair of RARE Country Awards for “Male Artist” and “Fan Moment of the Year.” The honor bookends 2017, which began with his wins for “Favorite Album” and “Favorite Male Country Artist” at the People’s Choice Awards in January, with unparalleled recognition directly from fans.

Throughout the year the country music superstar has reached those fans both on his Doing It To Country Songs Tour and via TV performances including The Tonight Show Starring Jimmy Fallon, TODAY, Late Night with Seth Meyers, Live with Kelly and Ryan, Ellen, The Voice and more. He will hit the road again in 2018 for his headlining Country Music Freaks Tour alongside Brett Eldredge, Carly Pearce and special guest Trace Adkins. 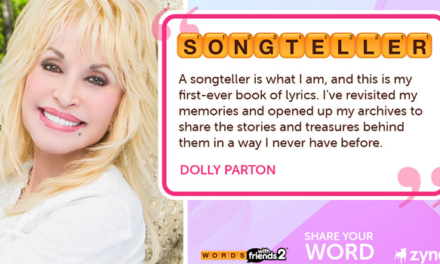