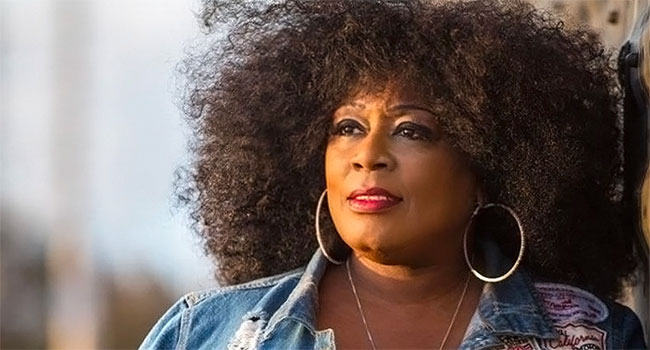 Both acts plan to co-exist in some fashion

Seattle based blues artist Anita White, known professionally as Lady A, says the country trio of the same name, which are formerly known as Lady Antebellum, will bury her if they co-exist. White says she’s asked the band several times how both artists can co-exist properly, but she’s never received a solid answer.

“What does that look like? We can’t both be Lady A, you’ll bury me,” White tells Seattle’s KOMO of a questions she’s asked the group.

Last month, the trio dropped Antebellum from its name during the height of racial inequality in America. White, who has performed as Lady A since 1987, says she was blindsided by the band shortening its name, and wasn’t consulted. She said she found out about the name change through her sister, who read the news on Facebook.

“I think if they had left their name it would have been fine,” White shares. “Nobody really thought about it, but they brought it up and they professed to wanting to be allies and be in allyship with people of color, and black people.”

A week later, the country trio connected privately via Zoom with the blues singer to reach a resolution. Following the meeting, the group shared, “Transparent, honest, and authentic conversations were had. We are excited to share we are moving forward with positive solutions and common ground. The hurt is turning into hope. More to come.”

White says since the country trio’s name change, fans can’t find her own music on streaming services, such as Spotify, Amazon and iTunes. She also says the day after the band made the announcement, she started to disappear on social media, as well.

White says if they want to take her name, they need to pay for it. She’s requesting $10 million for the name usage in which $5 million will go towards a complete rebranding of herself and name, and $5 million split between three charities: Black Lives Matter, an organization helping seniors and youth in the Seattle area, and to a legal defense organization that helps small artists with issues similar to her own.

“As fast as they can bury me, they can change their name. And that would be the right thing to do,” White says.

Last week Hillary Scott, Charles Kelley and David Haywood filed a lawsuit in Nashville against the blues singer for use of the name in which they’ve claimed trademark ownership since 2011, a year after filing with the U.S. Patent and Trademark Office for entertainment purposes. They are not asking for any monetary reward, but only for a court declaration that the trio lawfully use the Lady A trademark it was granted a decade ago while White also shares the name while retaining her own rights within federal and state laws.