Bob Dylan to be honored by MusiCares

Bob Dylan will be honored as the 2015 MusiCares Person of the Year on Friday, February 6, 2015, it has been announced by Neil Portnow, President/CEO of the MusiCares Foundation and The Recording Academy and Bill Silva, Chair of the MusiCares Foundation Board. Proceeds from the 25th annual benefit gala dinner and concert — to be held in Los Angeles during GRAMMY Week two nights prior to the 57th Annual GRAMMY Awards — will provide essential support for MusiCares, which ensures that music people have a place to turn in times of financial, medical and personal need.

“In celebrating the 25th anniversary of our MusiCares Person of the Year tribute, it is most fitting that we are honoring Bob Dylan, whose body of creative work has contributed to America’s culture, as well as that of the entire world, in genuinely deep and lasting ways,” said Portnow.

“In celebrating the 25th anniversary of our MusiCares Person of the Year tribute, it is most fitting that we are honoring Bob Dylan.”

“Bob Dylan’s songwriting ability is unmatched, and it will be an extraordinary evening to hear his work showcased by such a remarkable group of artists,” said Silva.

The 2015 MusiCares Person of the Year gala will begin with a reception and silent auction offering an exclusive and unparalleled selection of luxury items, VIP experiences and one-of-a-kind celebrity memorabilia for bidding guests. The reception and silent auction will be followed by a dinner, the award presentation and a tribute concert by renowned musicians. The MusiCares Person of the Year tribute ceremony is one of the most prestigious events held during GRAMMY Week. The celebration culminates with the 57th Annual GRAMMY Awards at STAPLES Center on Sunday, February 8, 2015. The telecast will be broadcast live on the CBS Television Network at 8 p.m. ET/PT. 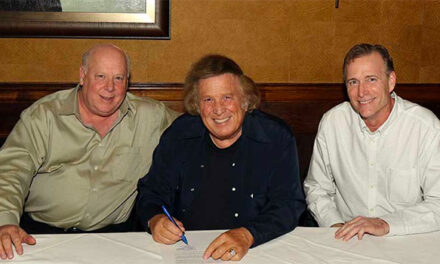