Shinedown fans looking forward to the band’s forthcoming acoustic covers album will have to wait a little longer thanks to Bon Jovi. The band revealed earlier this year that they were recording ten cover songs chosen by the fans that includes Metallica’s “Nothing Else Matters,” Phil Collin’s “In The Air Tonight” and Bon Jovi’s 1980s classic “Wanted Dead Or Alive.”

Guitarist Zach Myers spoke with This Is Not A Scene about the project which has been held up by Bon Jovi.

“We are trying to figure it out right now. It should be all cleared up. At first it was going to come out, and it was going to be no problem,” he said. “We were going to do it, film it, release it. We were going to film it really cheaply, but then we got Darren Doane, the guy who directs all our videos to do it, so it looks really cool, sounds really cool, and then we wanted to release it as an album. too. That’s when you get into publishing, you have to get permission, and two of the artists were like ‘we don’t like anyone covering our songs’… I’m not going to say who, Bon Jovi (laughing), and so that was kind of that. It’s going to come out. It will be out soon.”

Myers says the album will be available as an audio and visual project, “I think you’ll be able to like buy the videos on iTunes too, but they’ll definitely be on YouTube, too.”

Myers also said the band recorded the project in two days, “Five songs a day, super simple. I mean ‘Nothing Else Matters’ by Metallica took three takes. Everything else was like one take or two takes. We did this version of ‘In The Air Tonight’ by Phil Collins. We didn’t rehearse it. I just kind of started playing, and he started singing it, and just became this kind of special moment. All the lights in the studio are off, so it’s a really dark video , but it’s really really cool.”

No word on when the publishing issues will be worked out, but Shinedown isn’t the first band to cover the classic Bon Jovi anthem. Country duo Montgomery Gentry covered the song for the 2001 album Dancin’ With Thunder while country hit maker Chris Cagle covered it on his 2005 album Anywhere But Here. Rockers Daughtry also included a cover of it on a bonus edition of their 2006 self-titled album. Tom Cruise and Julianne Hough performed a version of the song for the 2012 film Rock Of Ages which was also included on the film’s soundtrack. Also, rapper 2 Chainz also sampled the song for his Mixtape Codeine Cowboy album. Actress Michelle Creber included a cover on her 2012 album, Timeless: Songs of a Century. The New York City ska band The Slackers covered it for the 2001 LP, Wasted Days while I Am I covered the song during an acoustic set at Bloodstock Open Air Festival in 2012. The song has also been covered on Fox’s The X Factor.

1. Sitting On the Dock Of The Bay – Otis Redding
2. Wanted Dead Or Alive – Bon Jovi
3. London Calling – The Clash
4. In The Air Tonight – Phil Collins
5. Runaway Train – Soul Asylum
6. Black – Pearl Jam
7. Blue On Black – Kenny Wayne Shepherd
8. Someone Like You – Adele
9. She Talks To Angels – The Black Crowes
10. Nothing Else Matters – Metallica 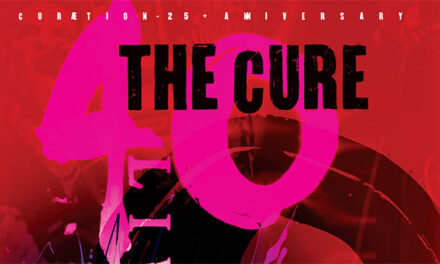