Brad Paisley has announced his 2016 winter leg of his highly successful “Crushin’ It World Tour,” which kicks off January 21st in Jonesboro, AR. The tour will continue across the United States and Canada during the winter months. Special guests will be new country sensation Cam and breakout country artist Eric Paslay.

Brad Paisley is a critically acclaimed singer, songwriter, guitarist and entertainer whose talents have earned him numerous awards, including three GRAMMYs, two American Music Awards, 14 Academy of Country Music Awards and 14 Country Music Association Awards (including Entertainer of the Year), among many others. He has been a proud member of the Grand Ole Opry since 2001. Paisley has written 20 of his 23 #1 singles with the first being his 1999 hit “He Didn’t Have To Be” and his most recent, “Perfect Storm,” from his chart-topping 2014 album Moonshine in the Trunk.

Paisley has recently completed his highly successful Crushin’ It World Tour for 2015 and the free Country Nation College Tour presented by Zaxby’s. Paisley has partnered with Boot Barn and developed an exclusive line of jeans, hats, T-shirts, jewelry, belts and woven shirts called Moonshine Spirit by Brad Paisley. Fans can look for him and Carrie Underwood to return as hosts of “Country Music’s Biggest Night” when “The 49th Annual CMA Awards” airs live from Nashville on Wednesday, November 4th from 8-11 PM/ET on the ABC Television Network.

California-born singer/songwriter Cam is currently climbing the charts with her RIAA Gold-certified smash single, “Burning House,” a powerful, personal track featured on her Arista Nashville/RCA Records debut EP, Welcome to Cam Country, released March 31st. Garnering multiple “New Artist to Watch in 2015” accolades, Cam and her music have been met with widespread critical acclaim from The New York Times, SPIN, Billboard, Rolling Stone Country, The Washington Post, and others. Co-written by Cam, “Burning House” was the #1 most-added song at Mediabase in its official airplay impact week and achieved the best impact-week showing from a female artist’s debut project since Carrie Underwood’s “Wasted” in 2007. The song has now spent two months inside the Top 5 of Billboard’s Country Digital Songs chart.

Cam recently performed “Burning House” on ABC’s Good Morning America, with live performances over the past year including Apple Music Festival 2015 in London, Stagecoach, SXSW, ACM Lifting Lives Party for a Cause, CMA Music Festival, the Grand Ole Opry, and a tour in Scandinavia (her second). Earlier this year, Cam was among the new talents selected for CMT’s Next Women of Country.

The Temple, Texas native earned nominations for GRAMMY Best Country Song, ACM Song of the Year and CMA Song Of The Year for “Even If It Breaks Your Heart.” A true artist’s artist, USA Today calls Paslay “flat out-brilliant” and American Songwriter names him an influencer of country music. Paslay recently released his back beat-driven groove “High Class”, the lead single from his highly-anticipated sophomore album. Paslay will take stage with Chris Young on the I’m Comin’ Over World Tour this fall and Brad Paisley on tour this winter.

2016 Crushin’ It World Tour dates are as follows:

*Cam is not on these dates 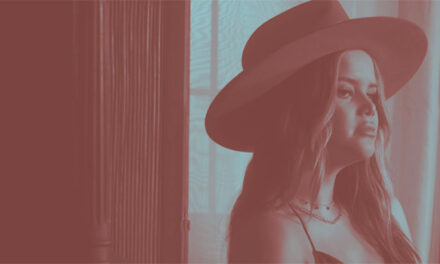