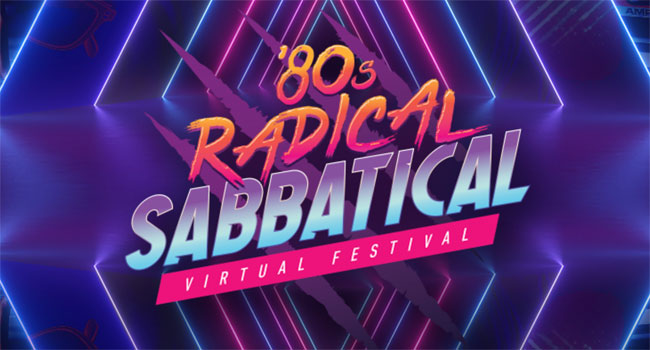 Michaels will perform some of Poison’s greatest hits from his home studio while Bach hosts “Vinyl Wino,” a virtual wine and music pairing. Several 80’s tribute bands will also perform along with a “Storytellers” presentation that features Peterik and Cath Richardson, current vocalist of Jefferson Starship.

The livestream will also feature a costume contest, an ’80s aerobics class, cooking demos, trivia and an appearance by Claudia Wells, who played Marty McFly’s girlfriend Jennifer in Back to the Future.

Tickets are $99.80 per household and give music lovers one of the limited quantity backstage souvenir credentials. Ticketholders also receive access to the virtual photo booth, chats and social connections. Each ticket automatically earns a chance to win huge raffle prizes, including autographed guitars and a trip for two anywhere in the continental US.

Multiple add-on options are available including a Sebastian Bach meet and greet, Back To The Future Cookbook, autographed The Decade That Rocked book, and more.