“I can’t wait to perform back in Southern California where it all started for me,” Neil says. “This is a big kick ass event and I’m gonna pull out all the stops on this one. What a great lineup, in a great venue… see you in September. Be there!”

“I’m truly honored to host the first ever Hair Nation show,” Trunk adds. “As a lifelong fan, friend and supporter of so many of these bands on radio and TV it’s great to see them have their own event to celebrate their decades of great music.”

Tickets for the event go on sale on Friday, April 22nd at 10 am PT. VIP Packages are also available ranging from $149 to $3,000 with reserved seating, meet and greets, access to backstage areas, access to the catwalk main stage viewing platform, a VIP laminate, preferred parking and more. Some lucky fans may even get a chance to Stump The Trunk during their meet and greet with the host. The $3,000 package includes a three day, four night stay in Hollywood with access to special events including a private performance in Hollywood and a shuttle to and from the Orange County venue and more.

SiriusXM listeners will be able to purchase tickets before they go on sale to the general public via a SiriusXM Ticket Pre-Sale from Wednesday, April 20th at 10 am PT to Thursday, April 21st at 10 PM PT.

The Voice judges set for Seasons 5, 6 at NBC 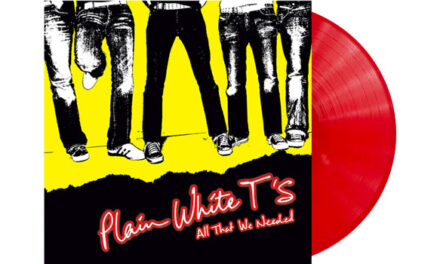 Plain White T’s ‘All That We Needed’ making vinyl debut