Multi-platinum selling artist Brett Young wrapped his third sold out show in Los Angeles at The Novo Monday night (Mar 25th), making him the first country artist to have three shows in a row at the iconic venue. The SoCal native kept packed houses “fired up” with his “big stage presence” (OC Register), scorching through a set of chart-topping hits, album cuts and addictive covers including The Temptations’ “Ain’t Too Proud to Beg.”

On Sunday night (Mar 24th), Shawn Stockman of Boyz II Men surprised the crowd by joining Young for a keyed-up rendition of “Water Runs Dry.” A preview of what’s to come when the GRAMMY-winning group and Young join forces for a special CMT Crossroads, airing tonight (Wed, Mar 27th) at 10 pm ET/PT.

Additionally, Young is toasting to even more career milestones as his previous smash singles “In Case You Didn’t Know” and “Mercy” have earned RIAA 4X platinum and 2X platinum certifications, respectively. The hit-maker’s current single, “Here Tonight” continues its quick ascent, moving inside the Top 5 on the Country charts, highlighting his “California-rooted smooth rock groove” (Nashville Lifestyles). Co-written alongside Ben Caver, Justin Ebach and Charles Kelley, “Here Tonight” has more than 90 million streams in the US.

Brett Young’s sophomore release Ticket to LA (BMLG Records) debuted atop the Billboard Country Albums chart and follows his platinum self-titled debut, which dominated the Top 20 on the Country Albums chart for 37 weeks. Delivering four consecutive No. 1 platinum-certified hits, Young was named ASCAP’s 2018 Country Songwriter-Artist of the Year for his “melodic craftsmanship” (Billboard). He has also garnered nominations from ACM, Billboard, Teen Choice, CMT and CMA Awards as he continues to rack up nonstop hits as “one of country music’s most reliable new hitmakers” (Tennessean). Young has amassed more than 1.7 billion streams of his catalog globally. Following his current headlining dates, Young is set to join Kelsea Ballerini on the Miss Me More Tour. He will also perform at multiple festivals throughout summer including stops at Country LakeShake in Chicago, IL on June 22nd and Faster Horses in Brooklyn, MI on July 19th. 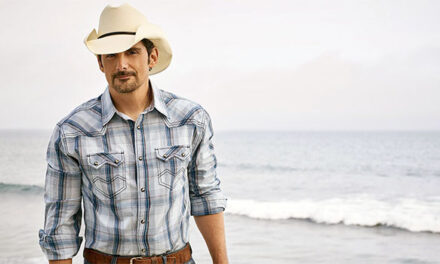