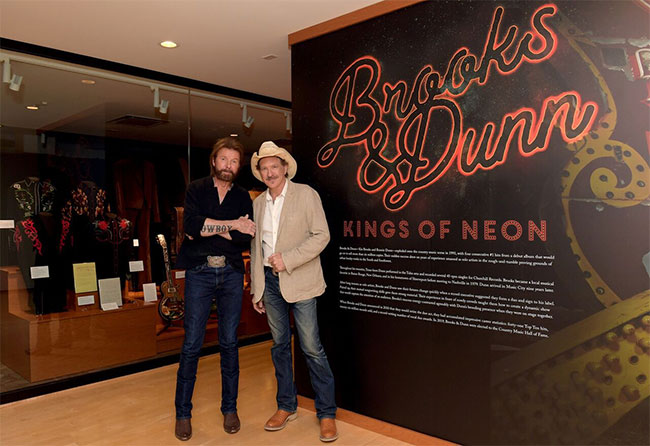 Duo’s monumental 2019 includes No. 1 album, Vegas residency and hitting the road for a string of live shows

The best-selling duo of all time, Brooks & Dunn are continuing a landmark 2019, as their highly-anticipated Brooks & Dunn: Kings of Neon exhibit at Country Music Hall of Fame and Museum opened this weekend. The exhibit encompasses the duo’s early solo careers, the circumstances that united them as performers and their innovative approach to stage production and touring and runs through July 19, 2020. As the duo’s impressive accolades grow, Brooks & Dunn will also be inducted into Country Music Hall of Fame in the “Modern Era Artist” category later this year.

The duo are also making exclusive live versions from their recent CMT Crossroads episode available, sharing Brooks & Dunn and Friends – Live From CMT Crossroads via digital outlets. The three-track release features the audio from the duo’s live performances of “Brand New Man” with Luke Combs, “Red Dirt Road” with Cody Johnson and “Mama Don’t Get Dressed Up For Nothing” with LANCO.

Brooks & Dunn kicked off the year with the news that they would be releasing their now hugely successful, and critically-acclaimed collaboration project Reboot. Featuring re-imagined versions of their biggest hits with Kane Brown, Thomas Rhett, Brett Young, LANCO, Ashley McBryde, Brothers Osborne, Luke Combs, Midland, Cody Johnson, Jon Pardi, Tyler Booth and Kacey Musgraves, Reboot debuted at No. 1 on Billboard’s Top Country Albums. The impressive feat marks the first time the duo has topped the album charts since 2009, while simultaneously earning the duo their tenth Billboard 200 Top 10 album, the most of any country duo or group in the chart’s history. Critics praised the collection as “an energized, duet-style retrospective pairing the two veterans with new-generation admirers” (NPR) as well as showing “the timelessness of the duo’s catalog of more than 20 No. 1 country hits, which has continued to influence a new generation of country singers” (Associated Press).

The duo also returned to the road for a string of headlining sets at fairs and festivals across the country, as well as a return to Vegas for their much-praised residency Together in Vegas with long-time friend Reba McEntire. The pair’s return to the live arena saw them back where they thrive the most, with Rolling Stone lauding “golden-throated Dunn” and Taste Of Country heralding “Brooks commands the stage in his own way.” The duo will close out the summer with shows in Allentown, PA (Aug 29th) and Mashantucket, CT (Aug 30th) and pick back up in Vegas this winter beginning December 4th.

With 20 No. 1 hits stretching back to 1991, two Grammy awards, dozens of ACM and CMA honors and a discography counting more album sales than any duo in history – regardless of genre – Brooks & Dunn’s influence on today’s country has never been in question. Hits like “Boot Scootin’ Boogie,” “My Maria,” “Only in America,” and “Believe” have propelled the duo to more than 30 million albums sold, with the New York Times stating “together they helped drive the power-country era of the early-to-mid 1990’s and continued to benefit from the sea change in the genre they helped initiate right through their most recent albums.” Their original “Merle Haggard meets The Rolling Stones” vibe made them progressive stars in their own right. 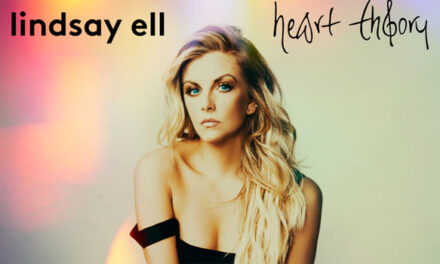 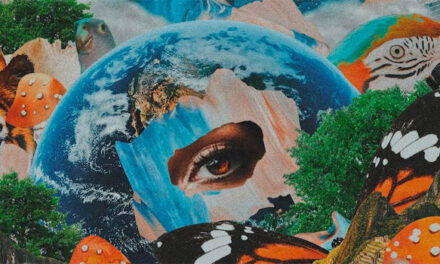 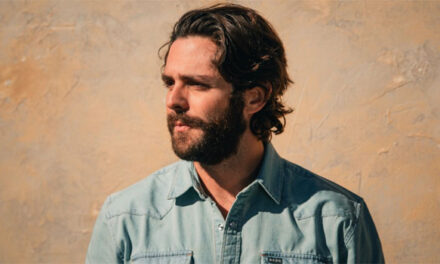