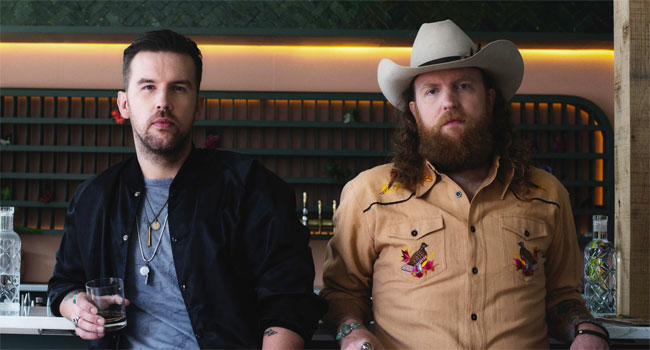 Duo set to perform on CMT Celebrates Our Heroes: An Artists of the Year special June 3rd

EMI Nashville’s Brothers Osborne earns the No. 1 most added song at country radio this week with their new single “All Night,” the first track off their highly-anticipated third studio album. The three-time CMA and two-time ACM Duo of the Year again teamed up with producer Jay Joyce (Eric Church, Ashley McBryde) for the track which was cowritten by John and TJ Osborne along with Andrew DeRoberts. Guitar World recently spoke to the singer/songwriter siblings about the new record and retuning to the studio.

Recorded at Jay’s studio in East Nashville, Brothers Osborne again delivers a tune highlighting why “they won over Nashville critics with a distinctive sound combining classic country and hints of soul, with songs centered on John’s impressive guitar skills and TJ’s rich baritone” (The Washington Post).

“We love to write very heartfelt, deep songs, but every now and again you need a song that’s just about having a good time and partying and letting your hair down and not overthinking it,” says TJ.

“That’s the type of song I feel like the world could use right now with all the stress that we’re going through, so put on your dancing boots, crank this one up and commence to dancin’,” John adds.

Brothers Osborne is set to release a special Off The Road digital franchise for CMT on May 28th as well as perform as part of CMT Celebrates Our Heroes: An Artists of the Year Special on Wednesday, June 3rd along with Brandi Carlile, Miranda Lambert, Thomas Rhett, Little Big Town and more.

Earlier this year, Brothers Osborne received their sixth GRAMMY nomination in the Best Country Duo/Group Performance category for their nostalgic Top 40 hit “I Don’t Remember Me (Before You).” This nomination joins their previously nominated performances for their No. 1 platinum smash hit “Stay A Little Longer,” Top 10 platinum hit “It Ain’t My Fault” and the Top 25 hit “21 Summer.” All three tracks are featured on their gold-certified debut album Pawn Shop. In addition, they received GRAMMY nominations for their sophomore album, Port Saint Joe, and the rowdy Top 40 hit “Shoot Me Straight.”

Last fall, the Maryland natives received the ASCAP Vanguard Award recognizing artists whose innovative work is helping to shape the future of music.