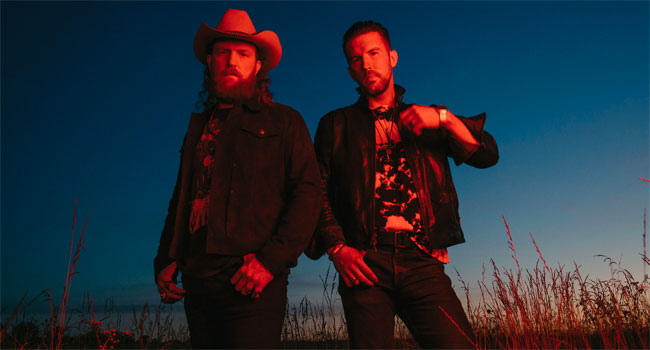 EMI Nashville’s Brothers Osborne releases a new track titled “Hatin’ Somebody.” Written by John and TJ Osborne along with Casey Beathard, “Hatin’ Somebody” will be featured on the duo’s upcoming third studio album, Skeletons, set to be released October 9th.

Featuring swampy grooves and slide guitars, “Hatin’ Somebody” is a jam-band-worthy salute to togetherness. “We threw our grandfather into that song imagining ‘a stubborn hillbilly in the middle of the city, learning how not to throw stones,’” shares TJ. “As the song says, ‘we’re in the same damn boat and hating somebody ain’t ever got nobody nowhere.’”

Brothers Osborne recently released their new single “All Night” off Skeletons which has already cracked Top 40 on the country airplay charts. The duo just performed “All Night” on The Ellen DeGeneres Show as well as CMA Summer Stay-Cay. “All Night” continues to receive praise from industry and fans alike with Spotify putting the duo as the face of their “Country Rocks” playlist and Apple Music filming a special behind-the-song piece.