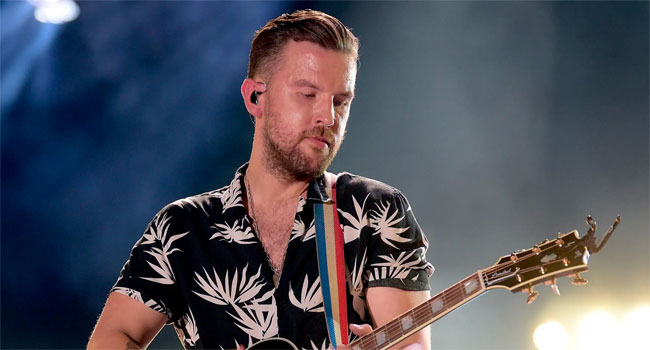 TJ Osborne, one half of Brothers Osborne, has come out publicly as gay. The 36 year old singer revealed the stunning news in TIME, stating his family and friends have known for years, but decided during the 2020 lockdown it was time to come out.

“I’m very comfortable being gay,” he says. “I find myself being guarded for not wanting to talk about something that I personally don’t have a problem with. That feels so strange. I want to get to the height of my career being completely who I am. I mean, I am who I am, but I’ve kept a part of me muted, and it’s been stifling.”

While many other country artists before him have come out, he’s currently the only openly gay country artist signed to a major label. Brothers Osborne is on EMI Nashville and isn’t sure how some will accept the news as parts of the country may not be able to relate to the news.

“I don’t think I’m going to get run off the stage in Chicago,” he says. “But in a rural town playing a county fair? I’m curious how this will go.”

However, his older brother and duo partner, John, has been completely supportive since he was told around the time they signed their record deal.

“He was very open and candid about it, and I was emotional, because my brother was finally able to be completely honest with me about who he was,” John recalls. “How often, in life, do we hold back parts of ourselves and wish that we didn’t?. If I had to have all my money and success erased for my brother to be truly fulfilled in life, I wouldn’t even think about it. Not for a second.”

The video for Brothers Osborne’s hit “Stay A Little Stronger” featured a gay couple, which was the first mainstream country video to do so at the time. Although not made public until now, their 2016 hit, “21 Summer,” is about a man who broke TJ’s heart.

“There are so many times I’ve sung that song and wanted to cry,” TJ adds. “People love that song, but the emotion of it is deeper than they even realize.”

Ty Herndon, Billy Gilman, Chely Wright, Brooke Eden, and Brandy Clark are among the other country acts who have come out in recent years, something that taboo in country music until the last decade.