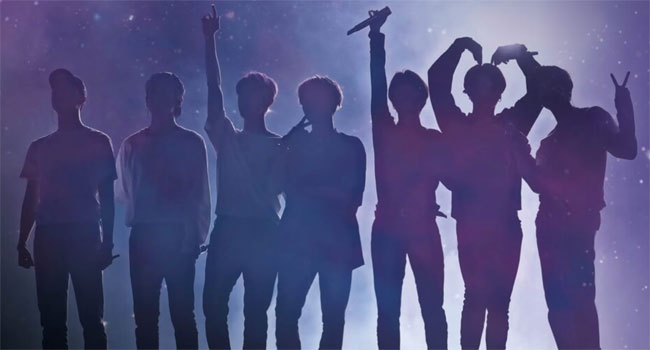 Trafalgar Releasing has announced BTS’s fourth film, Break The Silence: The Movie, will be released in limited theaters beginning September 10th. Additional screenings begin September 24th with dates varying per territory and subject to change based on the status of local cinema re-openings due to COVID-19.

The film follows the K-Pop superstars’ 2019 record breaking release of Bring The Soul: The Movie, which reached a box office of $24.3m and saw 2.55m tickets sold across 112 territories around the world.

With unprecedented access, the new film travels with BTS throughout the tour, exploring each band member behind the curtain where we see another side of each member offstage. The seven members candidly tell personal stories they have never voiced before.

In addition, last year’s Bring The Soul: The Movie will be returning to theaters around the world for a limited engagement from August 28th-30th. Fans in theaters will also be treated to an exclusive sneak peek from the latest film.