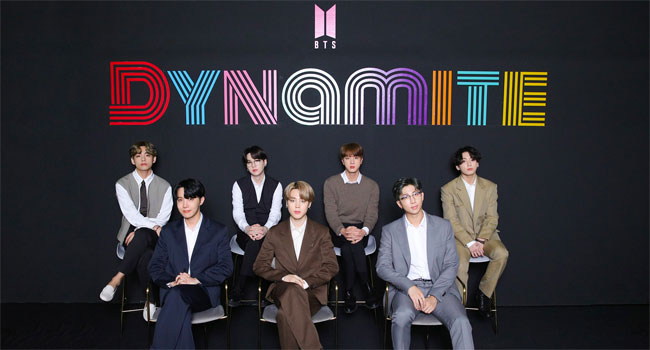 Band celebrates six weeks of No 1s with radio.com livestream

K-Pop superstars BTS have topped the Billboard Hot 100 chart for the fifth time with their record shattering single “Dynamite,” since regaining it for a third non-consecutive week in late September. BTS secures their place as the new face of pop with their return to No. 1 on Billboard’s Hot 100 chart as they break their tie with Megan Thee Stallion for the most weeks at No. 1 on Billboard’s Digital Song Sales in 2020, when factoring the success of “On” from earlier this year.

According to Forbes, Megan Thee Stallion took ahold of the top notch earlier this year with “Savage,” which included a duet version with Beyonce. The rapper scored three weeks at No. 1 between both versions, but not consecutively. In August, Megan Thee Stallion returned to the top spot for two weeks with her “WAP” collaboration with Cardi B, until BTS took over with “Dynamite.”

“Dynamite” is BTS’ latest English-sung single. The song debuted at No.1 on Billboard Hot 100 and maintained that feat for two consecutive weeks, a first for a Korean pop act. The official music video also became YouTube’s most viewed music video in its first 24 hours with 101.1 million views.

The group will also debut its new online concert “BTS MAP OF THE SOUL ON:E” on October 10th and 11th. The seven-piece group will release its much anticipated new album Be (Deluxe Edition) on November 20th via Big Hit Entertainment.

BTS is performing a radio.com livestream on Tuesday, October 6th at 6 pm ET/3 pm PT to celebrate the song’s success.