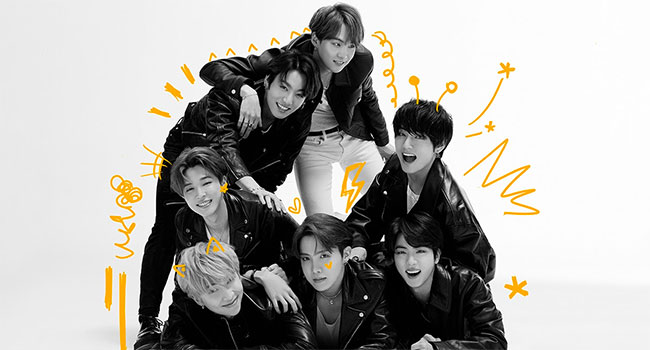 Global superstars BTS have been setting and breaking even more world records with their latest album, Map Of The Soul : 7, released February 21st. The K-pop superstars placed No. 1 on the Billboard 200, as well as No. 4 on Billboard’s Hot 100 Chart.

It’s the band’s fourth album to top the Billboard 200 chart in less than two years. This makes BTS the fastest group since the Beatles to generate four albums at the top of Billboard 200. “On” is also the group’s third track to chart within Top 10 in Billboard’s Hot 100. This is both a new record for the band, as well as for any South Korean group.

Map Of The Soul : 7 also landed at the top of the UK’s Top 100 Official Albums Chart, making it their second No. 1 album. The project has also topped charts in Australia, France, Germany, and more.

Map of the Soul: 7 was released on February 21st via Big Hit Entertainment. The record consists of a total of 20 tracks, including collaborations with Sia and Halsey. Fifteen brand new songs are added on top of tracks from Map of the Soul: Persona released last April.

The group will support the album with the launch of the Map of the Soul Tour on April 11th in their native Seoul’s Olympic Stadium. The 37 date tour will take the record-breaking group to 17 cities across three continents visiting brand new cities, audiences and iconic venues throughout the summer.