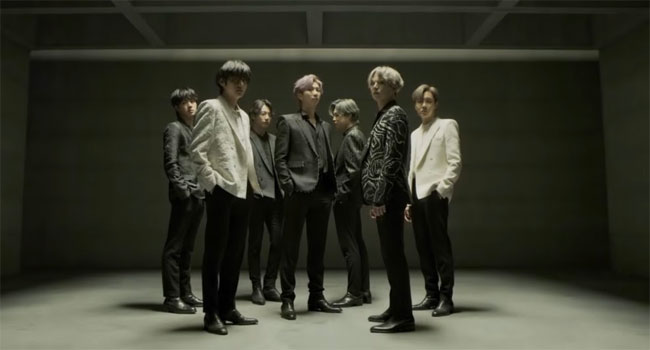 Korea, US opening on October 23rd while Japan, Asia, Europe on November 14th

BTS’ new pop up store BTS Pop-Up: Map of the Soul will kick off starting from October 23rd across five countries and regions.

Big Hit IP, an independent corporation that leads Big Hit Entertainment’s IP business, previously operated a new form of experiential space complex under the name BTS Pop-Up: Map of the Soul in October 2019. This time, the new pop up store that draws concepts from BTS’ fourth studio album Map of the Soul : 7 released in February will arrive right at the fans’ doorsteps.

The pop up will offer up to 300 different products, including but not limited to, apparel, stationery and household items. It will also feature products that have as a center theme the b-side tracks of Map of the Soul : 7.

To ensure the accessibility of global fans in the midst of COVID-19 pandemic, BTS Pop-Up: Map of the Soul will be mainly run in the form of BTS Pop-Up Online Store and thus expand its regional reach from three countries (Korea, Japan, Mexico) to five countries and regions, encompassing Korea, Japan, Asia (Indonesia, Malesia, Philippines, Singapore, Taiwan, Thailand and Vietnam), US and Europe (15 countries incl. Germany, UK and France). In limited areas, the BTS Pop-Up Showcase will also run offline.

The online store will open on October 23rd in Korea and the US and November 14th in Japan, Asia and Europe. Fans in Korea and the US can access the pop up store via the global fan commerce platform Weverse Shop. As for fans in Japan, a dedicated page will be set up on the BTS Japan Official Shop, while a dedicated website for Asia and Europe will be announced via official socials at a later date.

The offline BTS Pop-Up Showcase will operate in Seoul, Tokyo and Singapore. The space decorated in the key color ‘blue’ from Map of the Soul : 7 will have a main showroom where visitors can see and purchase some products from the online store. The Showcase will also provide experiential zones inspired by the tracks and music videos of the album as well as TinyTAN-themed areas. The Showcase will be open during the same period as the online rendition. Complying with the government-mandated measures for COVID-19 prevention, visitors can enter the store only at set times through reservation.

According to Big Hit IP, “The brand new BTS Pop-Up: Map of the Soul is a hybrid pop-up store that runs both online and offline to offer fans a unique experience in the new normal, distinctive from the pre-existing pop-ups. We hope that the Showcase in Seoul, Tokyo and Singapore will give consolation to fans who felt disappointed at the cancellation of the tour and act as a place of comfort where the fans can feel a sense of togetherness with BTS.”

The news follows the K-pop superstars’ virtual concert MAP OF THE SOUL ON:E has connected 993,000 viewers from 191 countries/regions. That number increased substantially from the June’s BANG BANG CON The Live watched from 107 countries/regions.