Bud Light – America’s most popular and inclusive beer brand, and first time Super Sponsor of South By Southwest– has announced plans to transform Austin’s Brazos Hall into the Bud Light Factory, bringing exclusive performances to attendees from March 16th through 19th. The Bud Light Factory builds on Bud Light’s reputation as a leader and innovator in the music space and will showcase some of the biggest and up-and-coming names in the industry.

To kick off the first-ever Bud Light Factory at SXSW, the brand will play host to Stereogum’s Showcase on Wednesday, March 16th, featuring Into It. Over It., Chairlift, Twin Peaks, KING, A$AP Ferg and Lower Dens.

During the day on Thursday, March 17th, Bud Light Factory will also host VIBE’s Showcase, headlined by Yo Gotti and featuring artists including Anderson .Paak & The Free Nationals, BJ the Chicago Kid, Justine Skye and more. By night, Bud Light and Interscope Records will combine forces to host an epic evening of music with performances by acts such as Rae Sremmurd, Tory Lanez and The Struts.

The weekend wraps on Saturday, March 19th, with an afternoon Bud Light and SPIN showcase featuring performances from Santigold, Bloc Party, Lissie, Lizzo and The Range. To cap it all off, the Bud Light Factory will host The Roots SXSW Jam – the first-ever legendary Roots Jam Session at SXSW – featuring the Grammy Award-winning band performing alongside Big Grams (Big Boi + Phantogram) and other special guests. The performances from The Roots and Big Grams are exclusive to the Bud Light Factory.

“As a leader and innovator in music, Bud Light has created the ultimate experience for consumers at one of the year’s most anticipated festivals. Bud Light is all about bringing people together for fun, and The Bud Light Factory will serve as the premier destination at SXSW for consumers to come together and experience great musical performances with a Bud Light in hand,” said Alexander Lambrecht, vice president, Bud Light.

In addition to the wide range of musical performances at The Bud Light Factory, attendees will be the first beer drinkers ever to get their hands on Bud Light’s new and highly anticipated cans and bottles – first announced in December and not available nationwide until April 4th.

“Like the best music, our new packaging pays homage to our past, yet feels contemporary. It’s fitting to debut it at SXSW, where people come from across the country and around the world to discover and appreciate new sounds and experiences.”

Into It. Over It., Chairlift, Twin Peaks, KING, A$AP Ferg and Lower Dens are put of Bud Light Factory at SXSW

Tom Petty writes about Sam Smith ‘Stay With Me’ controversy 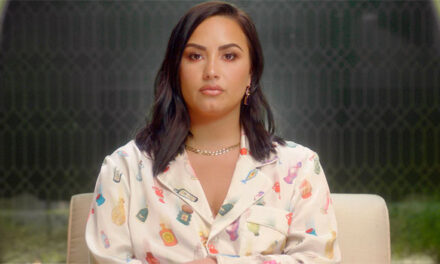