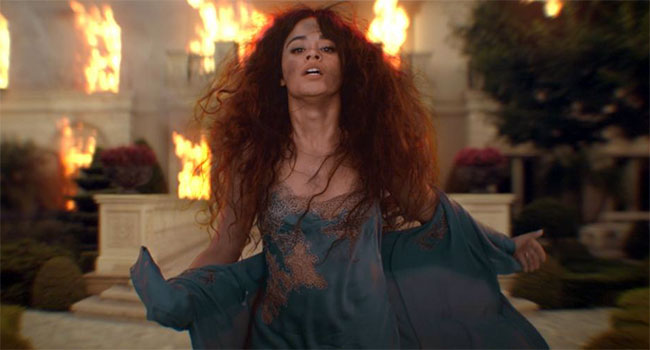 Two-time GRAMMY Award-nominated multi-platinum and chart-topping singer/songwriter Camila Cabello unveils a new song entitled “Easy” SYCO/Epic Records. It stands out as the latest track to be uncovered from her anxiously awaited second full-length and one of the most anticipated albums of 2019, Romance, coming very soon.

It also arrives on the heels of unparalleled success for the superstar. The trifecta of “Liar,” “Shameless,” and “Cry For Me” cumulatively tallied over 150 million streams in just a month.

At radio, Cabello made history with “Liar” and “Shameless” as the first solo artist to have two songs simultaneously debut at Top 40 Radio week of release. Now climbing the charts, “Liar” is currently sitting in the Top 20 at both Top 40 radio and Hot AC radio, while “Shameless” is in the Top 25 at Top 40 radio. Meanwhile, internationally, “Liar” is currently No. 23 on the Spotify Global Top 50 and in the Top 50 in 31 countries on Spotify. She also stopped by BBC Radio 1’s Live Lounge last week to perform “Liar” and a cover of Lewis Capaldi’s “Someone You Loved.”

“Easy” illuminates yet another side of her artistry. Plucks of harp and keys glisten alongside a sparse beat as her angelic delivery powers vulnerable verses. This bold ballad builds towards the catchy and confessional refrain, “I always thought I was hard to love until you made it seem easy.”

Next up, Cabello makes her Saturday Night Live debut this Saturday October 12th. Expect a powerhouse performance from the singer. Tune in to NBC.

Fall into Romance with Camila Cabello in 2019.