In The Lonely Hour (Drowning Shadows Edition) will be available in digital, CD and vinyl formats.

Released in the U.S. on June 17, 2014, In The Lonely Hour sold more copies in its first week of release than any other U.K. male artist debut in the 23 year history of SoundScan. Smith was the only artist to sell one million albums in both the U.S. and the U.K. in 2014. To date, adjusted album sales in the U.S. exceed four million and the album has sold nearly nine million copies worldwide. Smith set a record for the most ever GRAMMY Awards received by a U.K. artist following the release of a debut album, winning for Best New Artist, Best Pop Vocal Album and for both Record and Song of the Year for “Stay With Me.” He has been honored with numerous other awards, including three BRIT Awards, six MOBO Awards, Q and AMA Awards.

In The Lonely Hour (Drowning Shadows Edition) features Smith performing the 6x Platinum No. 1 single “Stay With Me” with Mary J. Blige and includes the duet of “Lay Me Down” that he recorded with John Legend for Comic Relief’s Red Nose Day. A$AP Rocky is featured on an alternate version of “I’m Not The Only One.” Smith teams up with Disclosure on two songs: a live version of the 3x Platinum hit “Latch,” recorded at Madison Square Garden in New York City, and an acoustic version of the No. 1 dance club hit “Omen.”

Smith recorded “Writing’s On The Wall,” the theme song to SPECTRE, the 24th James Bond adventure. It marks the first James Bond theme song recorded by a British male solo artist since 1965. The track, written by Smith and Jimmy Napes, is the first Bond theme ever to hit No. 1 on the U.K. Singles chart. SPECTRE will be released in the U.S. on November 6th. 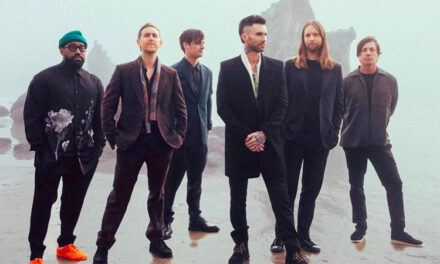