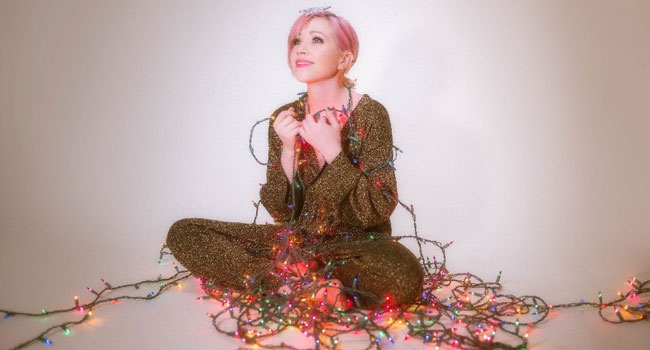 Pop dynamo Carly Rae Jepsen releases the video for her cheeky new holiday song “It’s Not Christmas Till Somebody Cries.” The snappy, synthy jingle — which grapples with vegan boyfriends, political uncles, and grandpas on edibles — comes to life in the holiday clip.

Crafted with acclaimed songwriters and producers Benjamin Romans, CJ Baran, and James Flannigan, the disco-pop merriment of “It’s Not Christmas Till Somebody Cries” was a chance for Jepsen to embrace the good, the bad, and the ugly of her favorite time of the year. “I love the old fashioned movies and the family traditions and the excitement of gifting presents and decorating the tree and and and… my list is endless,” she says. “But each year the pressure to have the perfect Christmas always ends in tears. I call it Christmas versus expectation.”

“Christmas holiday is my favorite time of year. I love it,” says Jepsen. “But so often emotions run high and expectation versus reality is something I’d like to shed some light on and hopefully some laughs too in the process. So if you are lucky enough to get to be with the ones that matter most to you this year- embrace it! And if things go south just remember, “the secret is to sing a little song to survive… that it’s not Christmas till somebody cries!”.

This is the Canadian artist’s second gift to fans this year. In May, she released Dedicated Side B, a sleek set of dance-pop pleasures filled with all the unbridled optimism Jepsen first displayed on her 2012 debut album Kiss. The album is a companion piece to 2019’s Dedicated, which features the buoyant singles “Party for One,” “Now That I Found You,” and the Jack Antonoff-produced “Want You in My Room” — all of which were named among the top songs of the year by outlets including Rolling Stone, Billboard, Stereogum, and Pitchfork.