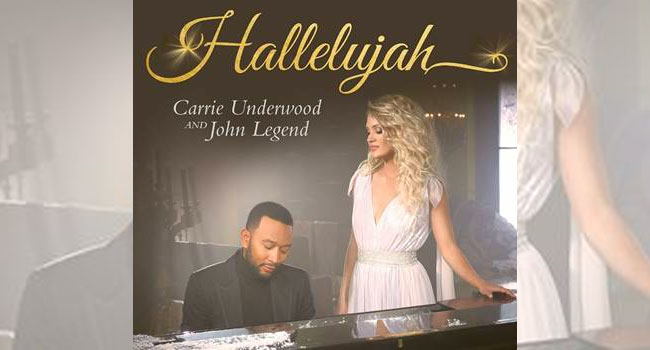 GRAMMY Award winners Carrie Underwood and John Legend have released the official music video for their first duet, “Hallelujah,” which appears on Underwood’s first-ever Christmas album, My Gift. The video made its exclusive premiere on Facebook Friday night (Nov 20th), which has currently amassed over 20 million views.

The original song was written by Legend and Toby Gad (“All of Me”). The video was directed by acclaimed director and photographer, Randee St. Nicholas, who has shot multiple videos with Underwood throughout her career, including “Cry Pretty,” “Drinking Alone,” “Blown Away” and “Smoke Break,” all of which have been honored as CMT’s Video of the Year.

Legend will also be a special guest on Underwood’s new music special My Gift: A Christmas Special From Carrie Underwood, which will be available to stream on HBO Max starting Thursday, December 3rd.