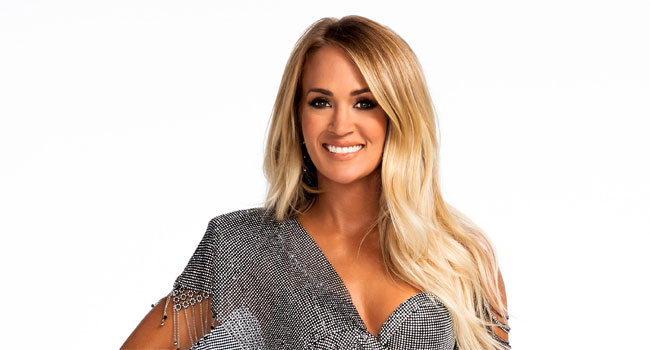 In less than three weeks, on Sunday, September 13th, seven-time Grammy Award-winner and multi-platinum recording artist Carrie Underwood stars in the debut of the 2020 show open for NBC’s Sunday Night Football between the Dallas Cowboys and Los Angeles Rams.

Working within social-distancing parameters, the 2020 Sunday Night Football show open was uniquely produced without extras in a studio or stadium, while also celebrating the millions who watch the games.

For the first time, the show open will feature user-generated content from fans showcasing their team spirit. In addition, cameos from some of the NFL’s biggest stars, also recorded remotely, will be highlighted.

Headlined by Underwood for the eighth consecutive season, the show open will also feature an inside at look at her new recording of “Waiting All Day for Sunday Night” in a Nashville studio.

“We are excited about this year’s new collaboration with Carrie, including scenes in the recording studio, and look forward to uniquely incorporating the game’s great fans,” states Tripp Dixon, creative director of the Sunday Night Football show open.

NBC’s Sunday Night Football finished the 2019-20 TV season as primetime’s No. 1 TV show in all key metrics for an unprecedented ninth consecutive year – adding to its record for the most consecutive years atop the charts (since 1950), based on official live plus same day data provided by Nielsen. Sunday Night Football also ranked as the No. 1 show in the advertiser-coveted 18-49 demographic for the 10th consecutive TV season.

Apple Music recently announced XO Radio, a monthly radio show hosted and produced by Underwood, which premiered on the newly-launched Apple Music Country. On September 25th, Underwood will release her first-ever Christmas album, My Gift, that she announced during her first-ever virtual fan club party earlier this summer.