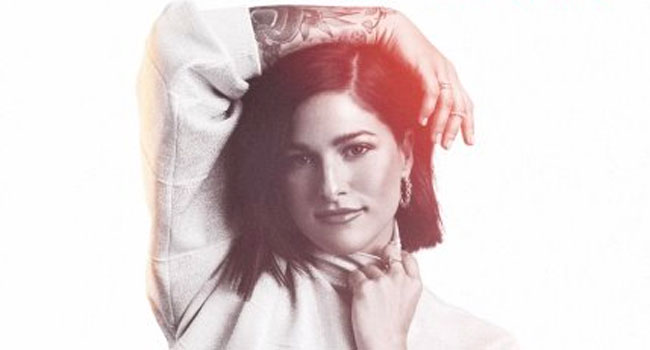 Platinum-certified singer-songwriter, Cassadee Pope, has released the new fan music video for the title track of her latest acoustic album, “Rise and Shine.” Never one to shy away from the tough topics, Pope is using the video and her social media channels to bring much needed attention to mental health and suicide prevention. Her hope is to highlight National Suicide Prevention Week (September 6th – 12th) and end the stigma around mental health issues – making it easier for people to ask for help without judgement.

The heartwarming and empowering video for “Rise and Shine” was created when Pope took to social media to ask fans to submit moments in their lives where they felt they had to overcome and persevere through life’s challenges. The overwhelming response provided a collection of stirring moments that remind us all, even when life isn’t fair and things seem stacked against you, you can meet your obstacles head-on and ultimately, Rise and Shine.

“In this video, I wanted to highlight how resilient and brave we as humans can really be even in the midst of pain and tragedy. Sometimes all it takes is hearing someone else’s story to make us feel less alone. I hope this brings comfort to anyone struggling and strength to anyone feeling defeated,” says Pope.

Pope is a Grammy-nominated, platinum-certified singer-songwriter who recently released her first acoustic solo album. Co-produced by Pope alongside Todd Lombardo, the new project follows her second solo album, Stages, featuring hit singles “Take You Home,” “One More Red Light,” and “If My Heart Had A Heart.” From fronting rock band, Hey Monday, to winning Season 3 of The Voice and releasing her No. 1 debut album Frame By Frame, Pope has effortlessly re-arranged the lines of country and pop.

She has experienced tremendous success throughout her career, with platinum-selling single, “Wasting All These Tears,” being awarded with “Breakthrough Video of the Year” at the 2014 CMT Music Awards and her No. 1 hit “Think of You” with Chris Young receiving a 2017 Grammy nomination for “Best Country Duo/Group.”