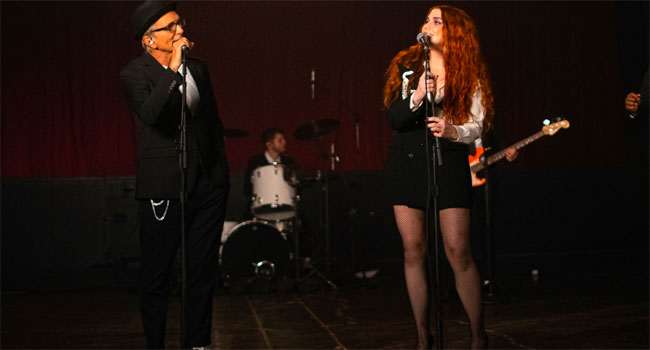 Caylee Hammack is collaborating with one of her musical heroes again, teaming back up with Everclear’s Art Alexakis for a fiery rendition of Everclear’s smash hit “I Will Buy You A New Life,” available to watch exclusively at Rolling Stone. Hammack and Alexakis duel harmonies in the performance take center stage, while their wardrobe tips it hat to the track’s original music video. Citing Alexakis and his band Everclear as a major influence, Hammack just released the official music video for her current single “Just Friends” also featuring a guest appearance from Alexakis.

Hammacks’ debut, If It Wasn’t For You, takes listeners on an intimate journey, from Hammack growing up in Ellaville, GA, braving a medical scare and coming out the other side of a bad love that was the catalyst for her turning down a scholarship to Belmont University and ultimately arriving in Nashville, TN. The LP has already been praised by critics with People declaring the set as a “a lavish feast of autobiographical storytelling, served up with catchy hooks and the singer’s power-packed voice.” Some of country music’s most potent women have also thrown in on Hammack’s debut, with appearances by Reba, Ashley McBryde and Tenille Townes. Hammack also continues to show her reverence for classic country music, recently releasing a collaboration with country music icon Alan Jackson: a special rendition of Don Williams’ “Lord, I Hope This Day Is Good.”

Hammack has been noted as an “Artist To Watch” by outlets including The Bobby Bones Show, Rolling Stone and HITS Magazine for her “voice to move mountains” (Rolling Stone). With her breakout Top 30 single “Family Tree” marking the most-added single at country radio by a female artist in over three years, Hammack, the Capitol Nashville recording artist has previously brought her unforgettable live set to opening slots for Eric Church, Dierks Bentley, Miranda Lambert, Trisha Yearwood, Brothers Osborne and some of country music’s biggest festivals. She’ll return to the road with Reba during a summer arena trek in 2021.