Daniels suffered from a hemorrhagic stroke

Country music and southern rock legend Charlie Daniels has passed away, his publicist confirms. The Country Music Hall of Fame and Grand Ole Opry member died Monday (July 6th) morning at Summit Medical Center in Hermitage, Tennessee. Doctors determined the cause of death was a hemorrhagic stroke. He was 83.

Funeral arrangements will be announced in the coming days.

From his Dove Award-winning gospel albums to his genre-defining southern rock anthems and his CMA Award-winning country hits, few artists have left a more indelible mark on America’s musical landscape than Charlie Daniels. An outspoken patriot, beloved mentor, and a true road warrior, Daniels parlayed his passion for music into a multi-platinum career and a platform to support the military, underprivileged children, and others in need. The Charlie Daniels Band has long populated radio with memorable hits and his signature song, “The Devil Went Down to Georgia.” Over the course of his career, Daniels received numerous accolades, including his induction into the Country Music Hall of Fame, the Musicians Hall of Fame and becoming a member of the Grand Ole Opry. Daniels helped to shine the spotlight on the many causes that are close to his heart. He was a staunch supporter of the military and gave his time and talent to numerous charitable organizations, including The Journey Home Project, that he founded in 2014 with his manager, David Corlew, to help veterans of the United States Armed Forces.

Daniels was known for his outspoken conservative and Christian views, as well as his patriotism. His final personal tweet was Sunday morning when he wrote, “Lord, give us the courage to speak our mind, to be honest, and bold about our feelings, no matter who, or how many we go against.”

"Lord, give us the courage to speak our mind, to be honest, and bold about our feelings, no matter who, or how many we go against." – Charlie Daniels pic.twitter.com/yyuOir95TR

Celebs have taken to social media to express their thoughts.

Just learned legendary superstar Charlie Daniels, 83, has died. @CharlieDaniels was the greatest. A wonderful entertainer, Christian gentleman, servant to our veterans like no other, & humble, kind man despite being multi-talented, successful, and hard working. #heartbroken

RIP Charlie Daniels….”Devil Went Down to Georgia” is one of the most legendary country songs of all time and few could rock the fiddle better

Our hero and friend ⁦@CharlieDaniels⁩ has just entered the pearly gates of Heaven. Thank you Sir for all you gave the world, and your fierce love of God and Country. We will always love and respect you. #RipCharlieDaniels pic.twitter.com/Tra9QnsMQg

RIP @CharlieDaniels Charlie Daniels. I had the chance to meet and interview him for my @axstv show #TrunkFest a couple years ago at a festival in Wyoming. Great guy. Very sorry to hear of his passing. https://t.co/nQafMDKyQD

One of my favorite people on this earth Charlie Daniels has gone on to his eternal reward today. Oh, how he will be missed at the Grand Ole Opry and everywhere else he was loved. – Ricky Skaggs
.
Photo by Terry Wyatt/Getty Images for Country Music Hall of Fame and Museum pic.twitter.com/77pxXx01d4

We are both so sad to hear the news about Charlie Daniels today. What an incredible man-legendary artist and God Fearing Patriot 🇺🇸 We feel so blessed to have gotten to share the stage with him on his last tour. #RIPCD you will be missed #charliedaniels @CharlieDaniels pic.twitter.com/7WGamZq2yg

Charlie Daniels was the nicest country artist I’ve ever had the chance to spend moments around. His music and talent speaks for itself, but boys and girls it’s the legacy you leave behind and your character. It doesn’t get better than Charlie Daniels. Rest In Peace Charlie. 😢

The country music flag is flying at half mast today. RIP Charlie Daniels.

Man I am heartbroken to hear that Charlie Daniels passed away this morning. He was one of the nicest/kindest people I have ever met. Thanks for the musical legacy u left all of us. We will miss you Mr. Charlie! pic.twitter.com/bKs49MlVlT

Just learning of the passing of this great man. What a hero. A true patriot, Christian, and country music icon. Prayers to his family. Thank you for all your contributions on and off the stage. God bless you Charlie Daniels. pic.twitter.com/BiQ4FlAlPc 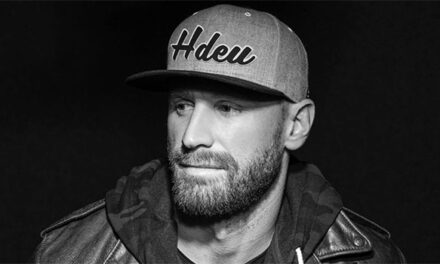